The world was already this weird when you woke up.

Some of the most unlikely collaborations between artists often turn out to be the best (Kanye/Paul McCartney anyone?), while some are just terrible (anyone/Iggy lol)... then there are some collaborations that just make you think "what".

That's pretty much what was going through our minds this morning when we saw this picture of One Direction's Liam Payne and Louis Tomlinson in the studio with Nickelback frontman Chad Kroeger.

(Chad kinda looks like a cool dad, taking his excited son Louis into the studio for a day).

Apparently the boys are hard at work on their next album (already guys? Four just came out, take a holiday), and Chad/Avril's husband/the butt of many jokes lined with post-2000's regret is helping out with the writing process (Okay, we'll throw him a bone, those songs made us FEEL ANGRY THINGS when we were all 13).

Because this story is amazing, and we have a lot of free time, we put together an imagined tracklist of what a 1D/Nickelback album might look like. SPOILER: It's a horrible beastie. 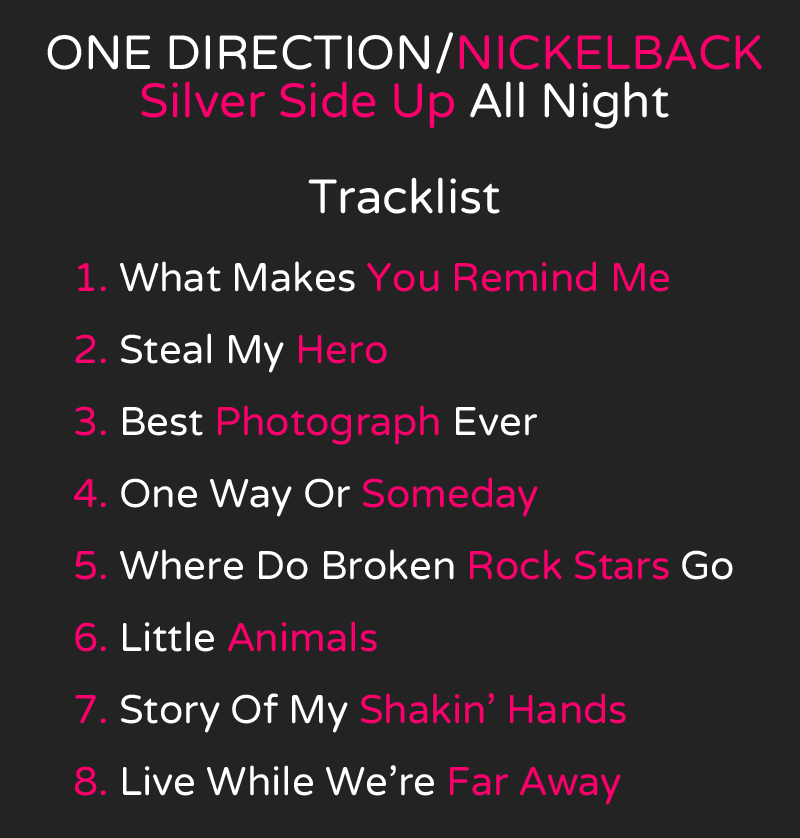 Let's hope the team come up with something a little more original.

While a Nickelback influence seems like the natural path following the more rock-sound of Four, 1D's next musical affair seems as though it's going to be more of a mixed bag; not only were they hanging out with Chad this week, but rapper/producer Juicy J also snapped a pic with Liam on what looks like the same day.

These guys are FAR TOO BUSY. TAKE A DANG HOLIDAY.