This Girl Challenged Her School's Sexism In The Coolest Way Possible

Whether you're 13 or 30, there is no forgetting just how utterly hopeless school uniform policy was. Especially when it came to rules for girls. Tuck your shirt in; make sure your arms are covered; no bras showing; is your skirt longer than your hands down at your sides? Tragic.

18-year-old Toronto resident Alexi Halket is a different story. The high school student refused to change out of an outfit her principal and male teacher deemed inappropriate so she organised and fought back.

Pretty soon Alexi had 300 RSVPs to her crop top day event and the hashtag #standinsolidarity was born.

Dozens of people dressed in crop tops are tweeting with the hashtag to show their support for Alexi and other students who feel that dress code rules are inherently sexist against women.

I got uniform but I'm still supporting #croptopday (sorry if my shoulders are too distracting) #Standinsolidarity pic.twitter.com/tU5mAmO0PW

the reason we wore crop tops was because that was what i was wearing. this isn't about crop tops. this is about female objectification.

Of course there are people who have utterly missed the point and claimed that Alexi's effort's are misguided, but what do they know?

If we had a crown, we'd give it to Alexi and name her official crop top princess. YOU GO, ALEXI! 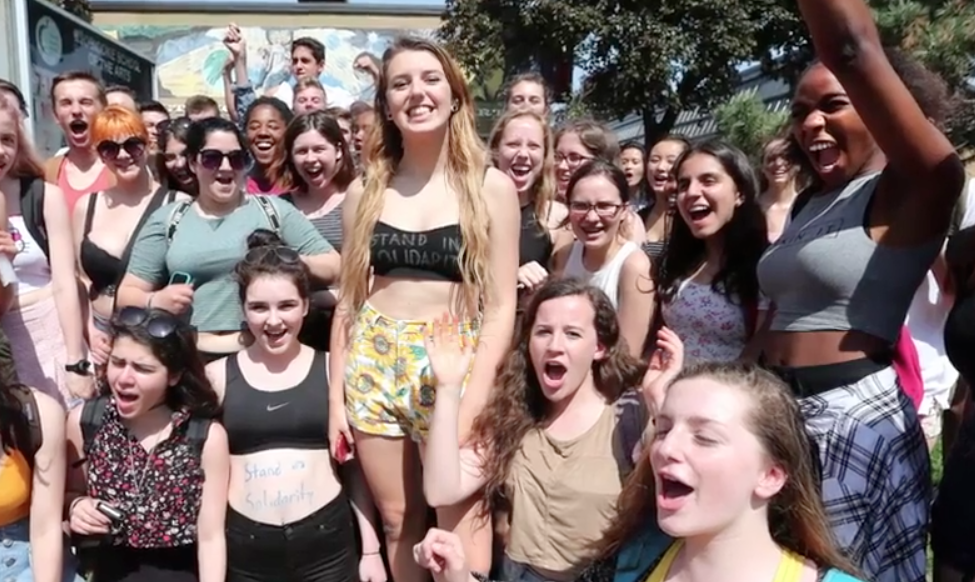 #GirlsWithToys Is Your Female Empowerment Hashtag Of The Day

7 Rad Girls Who Are Blowing Up The Music Industry