4 Infographics That Show The 1975 Should Probably Get Some Sleep

Songkick have released their annual statistics detailing which bands worked hardest in 2014. And it's The 1975 that come out on top, with 195 shows played this year. 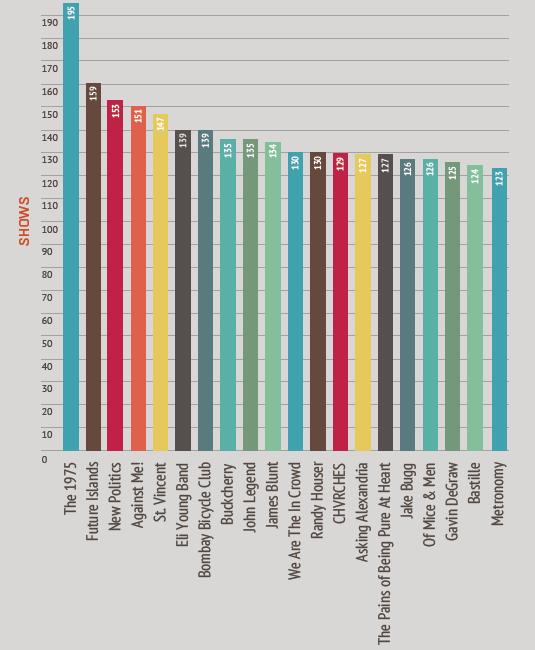 They've also travelled more than any other band over the last 12 months. 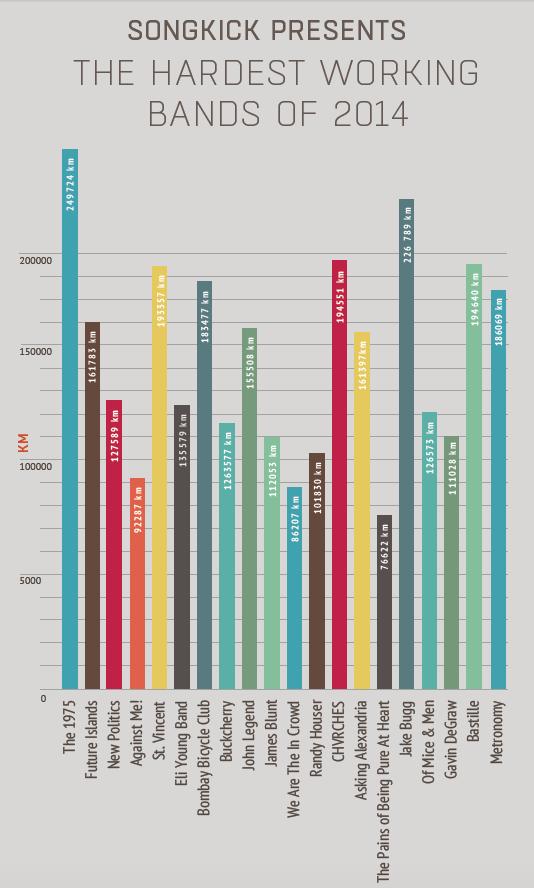 And they have completed six laps of the earth. SIX LAPS. 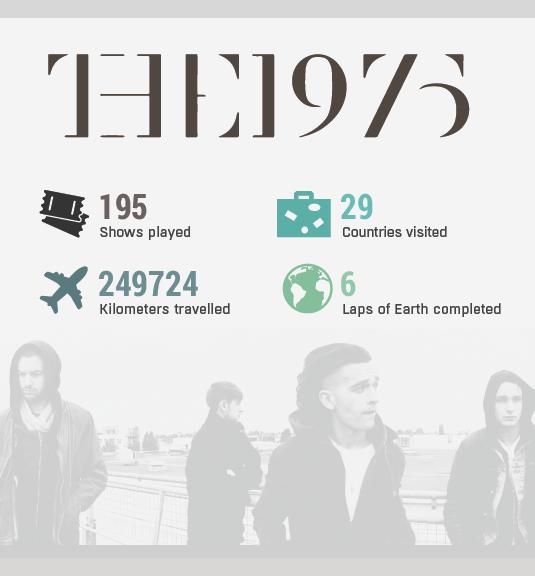 They're also the hardest working band on Songkick's yearly leaderboard since records began way back in 2010. 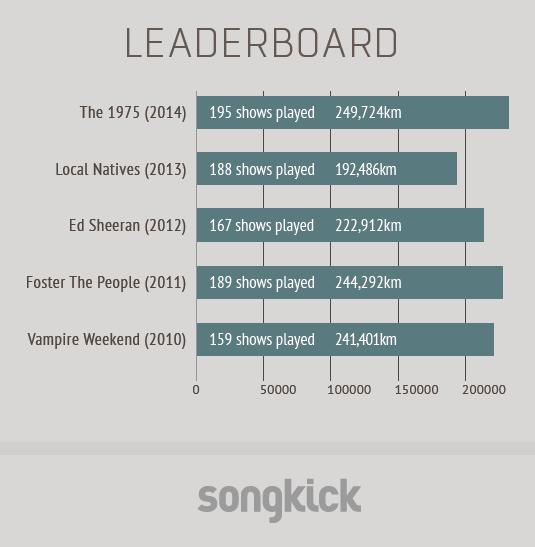 We just got tired from reading all these stats. Congrats, guys.