It seems so appealing to so many people: You make a quick vlog once a week about makeup, or your friends, or a challenge; and suddenly millions of people want to be your best friend, while companies throw money and free trips and book deals at you.

And even if you just want your content to be seen, or connect with other creators, there are a lot of reasons why you might want to become a YouTuber. But in a world where seemingly anybody can become famous overnight, it means that everybody wants to give it a try. And while you think YouTube might be your easiest route to success, there are a lot of realities about the world's fastest-growing media platform that you might not realise.

So take it from me, somebody who's been a part of the YouTube world for a really long time: It's not as easy as it looks, and here are some of the harsh truths about the road to YouTube success, and how to overcome them.

DISCLAIMER: This article is in no way meant to put you off from trying. Just to encourage you to try harder! Do your best, yeah?

HARSH TRUTH #1: If you are only interested in money/YouTube fame, you will not succeed.

Most of your faves, who by now might have sponsors, or book deals, or radio shows, have been making YouTube videos for at least five years. And back in 2009, nobody had any clue that YouTube would become the massive money-making content giant that it is today. The success of YouTube, and its creators, is pretty much one big happy accident.

Which meant that prior to their enormous growth and success, everyone you idolise was pretty much just doing YouTube for fun. Most people started posting videos to have a place to share their creative work, or connect with vloggers who had shared interests. Nobody joined for the fame or the money, because it didn't exist.

So if your only goal for YouTube is to get big enough that you're earning hundreds of thousands every year, you're gonna have a really tough time. Because not only are there thousands of other amateur channels with the same idea, but YouTube audiences are surprisingly perceptive. And they won't make your job fun if they think they're just being used for profit all the time.

HOW TO BEAT IT: Make your creative output your priority. Enjoy the stuff you're making, have fun with it, and your genuine nature will help you build your audience much more easily.

HARSH TRUTH #2: Your first videos will not be great.

So you've just watched the latest Danisnotonfire video. You're inspired! It's finally time to start your vlog. You grab the nearest camera (which is probably your built-in webcam), hit Record, and you start with "Hello, internet people. Um."  Suddenly, it doesn't seem like it's going to be very easy.

After powering through with the recording, you play back the footage. It's slow, not very well lit, and you've said "Um" more than any other word.

Truthfully, your first videos will not come out as pretty and polished as the ones your 5-million-subscriber fave makes. They have years of experience, boosted confidence, and a technical set-up worth hundreds - all things that you just might not have yet.

Wanna know a secret? Dan Howell's first ever video was just as awkward as you probably feel yours is. Don't believe me? Just watch:

Boom. Hosting the BRIT Awards. Just goes to show that everybody starts somewhere.

HOW TO BEAT IT: Firstly, don't compare your first video to your idols' latest videos. It's just a totally unfair comparison to make on yourself. And the path to improvement is full of the three things people hate most - practice, patience, and time. Just keep making videos; because you can only improve, right?

HARSH TRUTH #3: Nothing gets handed to you right away

To some people, the phrase "I'm a YouTuber" seems like a magic spell, that will open every door and make companies and brands want to throw money and free stuff at you. In some cases, a creator might start acting a bit cheated if they aren't getting the opportunities they think they deserve. But in reality, just having the title "YouTuber" doesn't cut it anymore, because there are thousands of them; you've got to show that you can walk the walk, too.

You may be proud of your 3,000-subscriber channel (and that IS great work!), but brands and sponsors know they're going to have more return for their investment by working with a channel with an audience closer to 30,000, or even 300,000. Acting like you're being overlooked, just because you make content similar to Alfie Deyes, might raise a red flag that discourages any company from wanting to work with you in the future.

HOW TO BEAT IT: Focus your efforts on making cool content, and don't think about what you think the world owes you just for picking up a camera. If this still seems the highest priority to you, maybe it's worth taking another look at Harsh Truth #1.

So you're making videos. You're having fun, you're not in it for the money, your channel is growing steadily, and you're even making friends in the community. But you still have one goal in sight for your ultimate BFFs:

This is a tricky one to cover, because the dichotomy of the creator and their audiences is becoming increasingly wider. As YouTube becomes more mainstream, and successful people's audiences are growing even larger, it becomes a lot harder for the creator to connect with any of their viewers on a personal level. 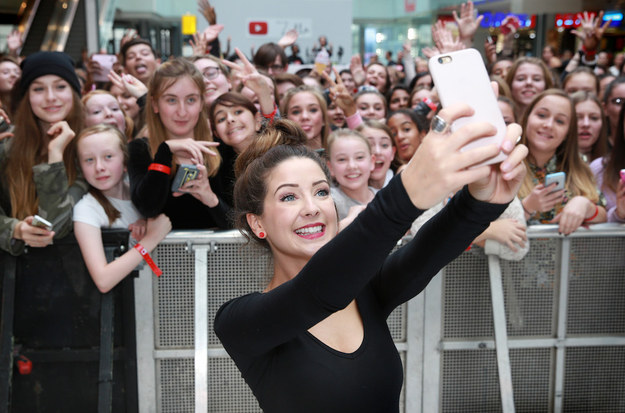 There's an element of idolisation with bigger creators that's hard for many to overcome, even if you're making videos yourself. You believe you know everything about this person, when really it's as much as they've shown in videos, which is still a very narrow view.

And it's easy to forget that they might not know anything about you at all. It makes the relationship very one-sided and parasocial, and it takes a lot of understanding, self-realisation and above all, time to get past this.

HOW TO BEAT IT: Keep your expectations low. This is another one of those lofty goals that might damage the rest of your YouTube career if you put too much emphasis on it. Enjoy the growth experience you're having, and eventually the more comfortable you are with becoming a YouTuber, the more comfortable other YouTubers will start to become around you.

Once again, all of this advice is in no way meant to convince you to quit. We need creative, original and dedicated creators in our community. And it's very important that you take your time and reach your goals in order, rather than immediately reaching for the top. You'll have a much more rewarding experience, I promise.

UP NEXT: 7 Types Of YouTube Comments That Drive You Completely Mad

You've Got To See Gavin From "Shaytards" Covering Ed Sheeran