Zoe's back on YouTube and the Bookgate drama is fading away. But how did the internet take it?

Over the past week, the internet has been up in arms after YouTube superstar Zoe "Zoella" Sugg took an online hiatus, after it was revealed that she wasn't the sole writer of her new novel Girl Online. 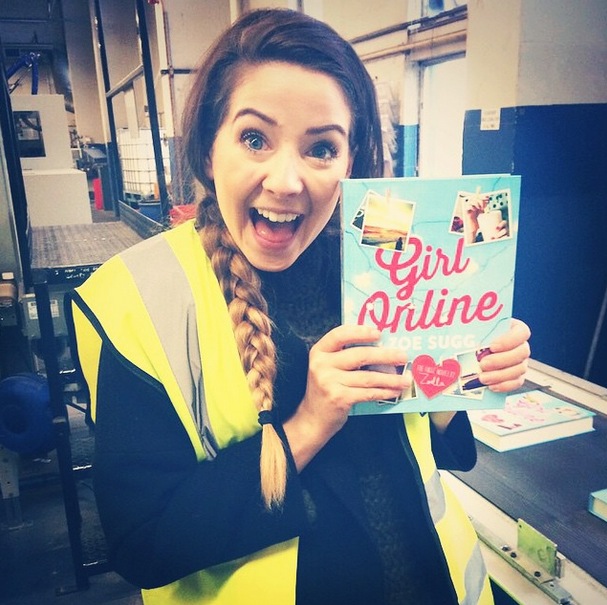 We covered this in a thought piece ourselves, and following Zoe's return to YouTube today, we've noticed a trend in the types of reactions to the news:

If you have read any news article about this story beyond the headline, there is one unequivocal and indisputable fact: Zoe did not write Girl Online. At least not alone, beyond at least coming up with the concept and characters.

However, if Zoe has one thing, it's tenaciously loyal fans. In a lot of cases (such as "selling a book" cases), this is definitely a positive thing. But in many other instances, these fans have a tendency to deny any form of bad PR, constructive criticism, or basic facts, and sweep it all away as "hate". Effective, but not quite a permanent solution.

When the news became public, and reached even the larger more mainstream publications, plenty of people who still don't quite "get" YouTube came out of the woodwork to make their opinions known. And of course, they were a little less than positive.

Except... on top of the countless sponsorship deals, product placements, her own line of beauty products, and of course the ad revenue that comes from an average of 1.5 million views per video, Zoe's built an online empire in a couple of years; which no doubt equals making some serious bank.

Not bad for "a girl with a camera".

And while the integrity of this statement is thrown a bit into question after the ghostwriting debacle, it's still clear that not everything that online content creators do is for the money. The YouTube community was founded on a love for making and sharing things. And sometimes it takes a team to make your creative vision a reality.

Reiterating what we already wrote, it doesn't particularly matter in the grand scheme of things whether or not Zoe wrote Girl Online herself - well, really it depends on why you think it doesn't matter.

Is it because plenty of non-author celebrities have help in their publications? Or is it because you're just excited to buy anything with her name attached to it? Zoe's great, but when her brand is built on authenticity, you'd expect her fans to be interested in a little more - y'know - authenticity. Acting like it doesn't matter for the latter reason is sort of bordering on "Denial" territory.

4) Keep Calm And Carry On (The Zoe Approach)

So you've "written a book" and it's sold very well. But then it comes out that it may not have entirely been your work, and suddenly the world is in disarray. What's the best option?

According to Zoella herself, it's something we could all stand to do: take a break, step away from your computer, and come back a while later with some positivity. After her brief social media hiatus, Zoe's back on YouTube with a guide for making Christmas cookies with boyfriend Alfie.

And while she is probably dealing with the aftermath of Bookgate-or-whatever-we're-calling-it in private, it's great to see that Zoe isn't letting the backlash affect her online personality. Because after all, all Zoella-branded products aside, that homegrown sense of positivity is the core of her brand.

While there is a lot more that can be said about the integrity of online fame and the maintenance of authenticity, Zoe's commitment to being a positive force in the public eye is probably the best lesson that we - fans, "haters" and the apathetic alike - can learn from her in light of this event.