5 Things We're Most Excited For After San Diego Comic-Con

San Diego Comic-Con is over for another year; coming and going in a flash, and leaving a TON of pop culture news in its wake.

We're still reeling from all the epic teasers and previews we got over the weekend, but we managed to narrow down or top five to share with you:

1) How freakin' great Star Wars: Episode VII is going to be

If the trailers for the upcoming The Force Awakens failed to enchant you, then maybe this behind-the-scenes reel shown at this year's panel might. Not only do you get to see how much effort is being put into physical special effects and sets, but you also get to see just how much love is being poured into this project from the entire cast and crew. Also cheeky Simon Pegg cameo!

2) Deadpool probably being the craziest Marvel movie so far

Upcoming Marvel movie Deadpool got an all-new, all-R-rated trailer that had fans in the Fox/Marvel panel yelling to show it again. Sadly we haven't got any footage we can (legally) show you, but with Ryan Reynolds bringing the loudmouth mutant mercenary and fan-favourite to life, you can guarantee that this will be unlike any superhero film you've seen before.

Hey #SDCC, Thank you for being a friend... pic.twitter.com/Kl52TtOPio

During his solo panel, Avengers, Buffy and Firefly life-giver Joss discussed the meaning of life, himself as a gorilla in Tarzan, and his next comic book project, Twist. With his new six-part Dark Horse series, Whedon intends to answer a very important question: "Why isn't there a Victorian female Batman?" 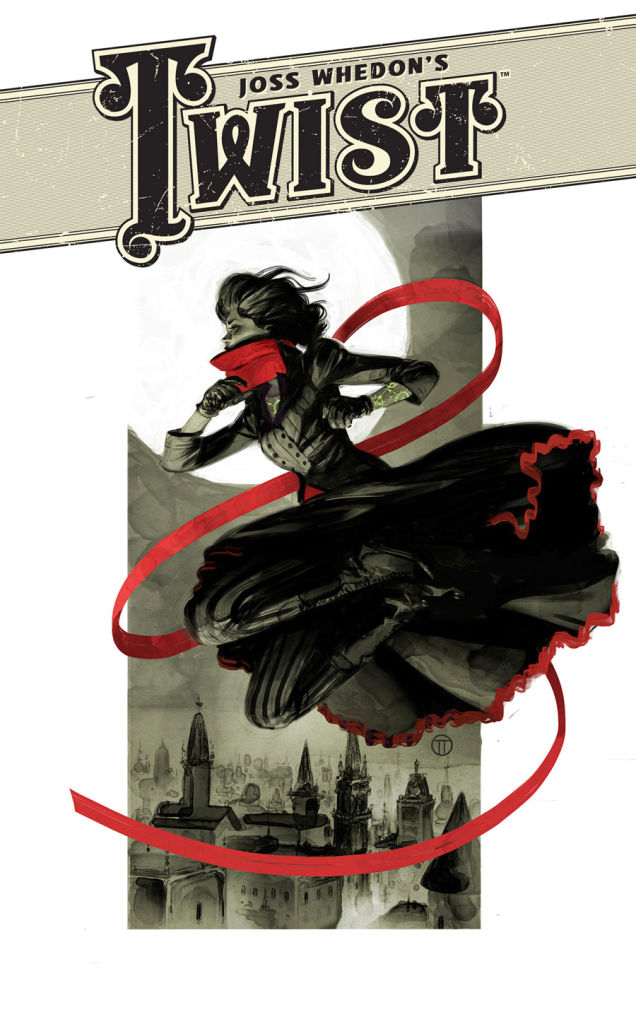 4) Merida in Once Upon A Time

Because apparently no Disney princess is safe after Elsa and Anna showed up, everyone's favourite fantasy series is about to get just a little bit more Scottish. Aberdeen-born actress Amy Manson will be portraying the Brave hero in Once's next season.

Despite an epic first trailer a few months ago, there have still been plenty of fans feeling doubtful about Dawn Of Justice. Those doubts will hopefully be swiftly laid to rest with the new trailer that debuted this weekend (which we actually get to see!). You've got everything: the consequence of Superman wrecking Metropolis in Man Of Steel, Bruce Wayne's motivation for turning on him, Lex Luthor waxing poetic, and of most importantly: WONDER WOMAN.

They weren't at Comic-Con, but that didn't stop Paul Feig, director of the upcoming all-female Ghostbusters reboot, from dropping a major Twitter-bomb on Saturday.

Who you gonna call? Definitely them.

"Avengers: Age Of Tin Man" Will Ruin Your Childhood