This is speculative but highly accurate.

When you were growing up Lizzie McGuire was definitely your moral compass. Would Lizzie McGuire regret this sketchy thing later or would she give it a hard pass from the jump? 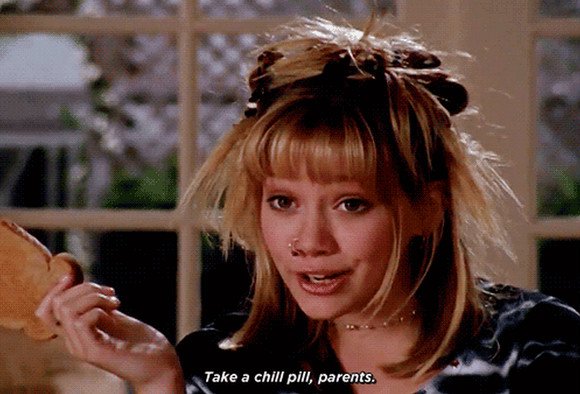 A few years ago Lizzie Hilary married hockey player Mike Comrie. Fast forward to 2015 and she has officially filed for divorce from him. Hilary said a pretty Lizzie McGuire-esque thing to Cosmopolitan which was kind of sage but also panic inducing.

I don't want to sound bitter because I'm definitely not, but I don't know if people are meant to be together forever. Things happen over a long relationship that you can't always fight. A marriage of 20 years, the accomplishment of that must feel really great, but there are also huge sacrifices. I just always want to fight for happiness.

Mike is no Ethan Craft but the pair have a child together so it seems serious.

Either way, that got our little noodles thinking about what Lizzie McGuire would say to grown up Hilary to get her through this situation.

We all know Lizzie had the best insight.

First, she'd tell Hil to listen to her utterly transformative album Metamorphosis circa 2003.

Funnily enough, Franz Kafka also wrote a novel called The Metamorphosis so Hilary could also try reading that while she gets over Mike. 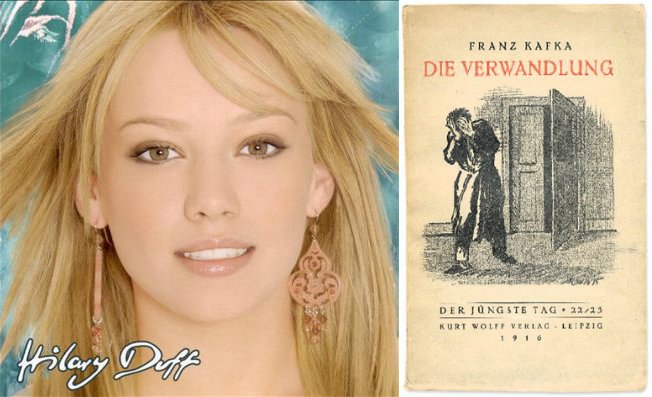 1) "Breakups are hard. Do you want to start watching House of Cards and eat whipped cream out of the can?"

2) "No phone calls from boys. Unless they're pizza boys." While we're not 100% sure that this is what Lizzie would say to Hilary, the facts speak for themselves. Lizzie was the voice of her generation and you'd be a fool to ignore that.

Lizzie Hilary has an album out hopefully this year and this is the most exciting thing that has happened since Lizzie and Isabella exposed Paolo as a fraud.