Twitter account "BrandsSayingBae" has started collating all the times Burger King, Taco Bell et al have used "bae" in their tweets. And they're all using it a lot...

The "Walmart Elves" are saying it.

Juice... Juice is saying it.

This is why we get up in the morning. pic.twitter.com/NvnKaK0m8P

Basically this says that anyone who voluntarily follows Pizza Hut is too stupid to get a pun without an explanation. pic.twitter.com/RhMZzmD3aG

BK and Sour Patch Kids (?) are saying it but at least it's kind of good. 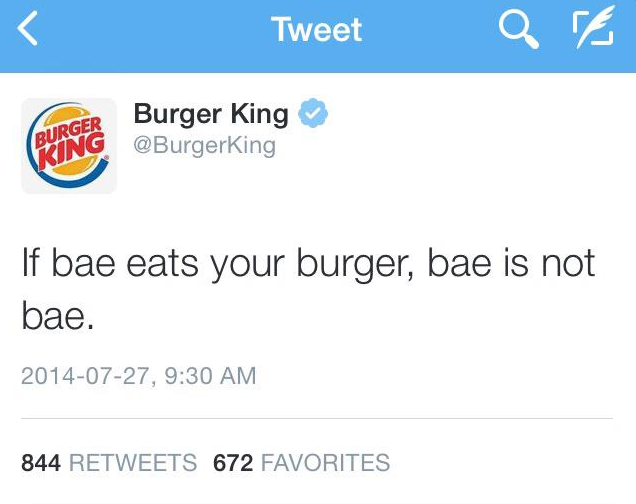 Look, you can pinpoint almost exactly when their social media strategy changed: pic.twitter.com/8cXVCvEJv9

Please stop. We know you want brand likeability / brand personality but AT WHAT COST... We'll even take the PG Tip chimps back. They were okay. Just let us meme in peace... 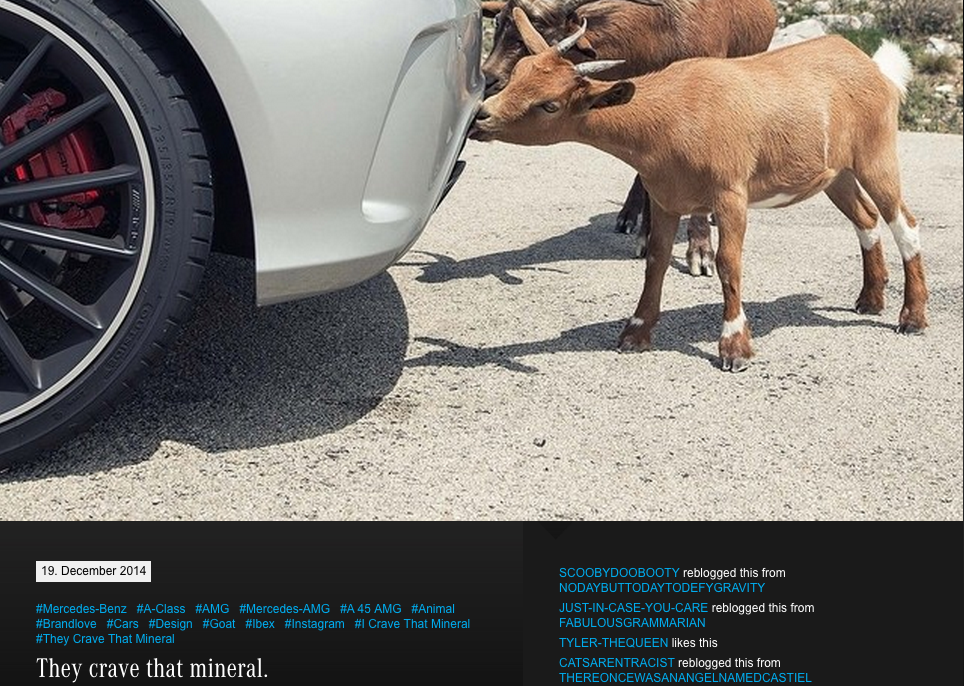