Women At Abortion Clinics Do Not Deserve To Be Harassed, So Take Your Ass Home 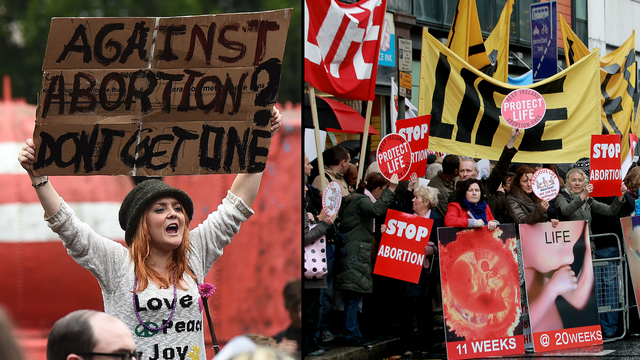 This is harassment, plain and simple.

If you've ever walked past a women's health clinic that offers abortion services, you'll know that protesters are usually never far off. These protesters are often armed with graphic pamphlets and signs. Some virulent objectors have even been known to use tactics that are tantamount to street harassment.

Accessing abortion is legal in the UK, but those who taunt and degrade women outside of these health facilities are doing their best to ensure women feel unsafe accessing a service that they have a right to. Whether it's filming people entering and leaving clinics or putting up graphic banners full of misinformation, women's bodily autonomy is put at risk when these protestors' actions cross the line--as they so often do.

Ensuring that women are protected from intimidation campaigns isn't just an issue of pro or anti-choice. It's a public safety issue.

Prior to The Abortion Act being passed in 1967, an estimated 100,000 women had to resort to unsafe back-alley abortions in the UK. The act allowed clinics to perform these procedures, giving women the opportunity to seek assistance in a clean and safe environment.

The shame that many of these protestors want to inflict on women now is distressing and stigmatising. Some women who think they're not safe to enter these health facilities without the threat of harassment might consider an unsafe alternative. We cannot afford to drive women back into the shadows when it comes to an important issue such as this. 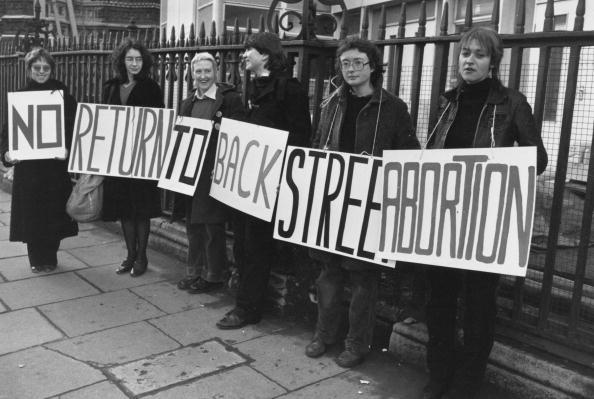 Recently, British MPs have acknowledged what campaigners have been telling them, that these protestors pose a risk for women. Labour leader, Jeremy Corbyn joined over 100 other MPs in signing a letter addressed to the Home Secretary asking her to bring forward legislation that would introduce "buffer zones" near these areas.

The London Borough of Ealing had success this year in passing a ban that prohibits protestors from demonstrating outside a clinic in the borough.

Home Secretary, Amber Rudd has said the government will conduct a review into the aggressive tactics of some protestors. "While everyone has a right to peaceful protest, it is completely unacceptable that anyone should feel harassed or intimidated simply for exercising their legal right to healthcare advice and treatment," said the Home Secretary.

Passing nationwide legislation that requires a 150-meter buffer zone around abortion clinics is not only a practical way to keep women safe from intimidation, it's also common sense.

Filming women and taking photos of clinic staff, as some protestors have been known to do, is a huge security issue. In their rush to shame and intimidate, some forget that distributing images of women who may be in precarious domestic or family situations can put people at serious risk.

Ultimately, we must fight for women's rights to access all health services unimpeded.

Every woman's situation is different. Deciding to terminate a pregnancy is a personal choice that most people do not take lightly.

In addition to the complex emotions that many women experience when making this choice, the chaos that these protestors add is selfish and unwelcome. Using sensitive images of unborn foetuses to shame women is depraved and wholly unfair.

No one has the right to judge or intimidate someone for doing something the law says is within their right.

Anti-choice protestors and their tactics pose a threat to the safety and well-being of women who choose to use abortion services. The fact that women are still subject to this harassment 50 years after abortion was passed in the UK is simply not okay. The government must enact buffer legislation and put a stop to these dangerous tactics now.

Did you know that:

Abortion procedures are one of the most common procedures in the UK. In fact, 1 in 3 women will have an abortion by age 45. Protecting the right to enter these facilities safely and discreetly is not just a woman's rights issue. It's a human rights issue.

Find out more about the ongoing fight against abortion clinic harassment at back-off.org