Everything You Need To Know About Ireland's Abortion Debate 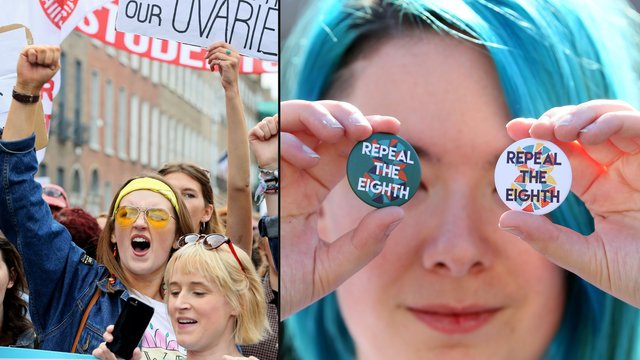 Here's what's going on with abortion in the Republic of Ireland.

Abortion rights are a hot-button issue everywhere, especially in the Republic of Ireland. For years, Ireland has been acknowledged as having some of the most restrictive abortion laws in all of Europe. The intense campaigning on behalf of women's reproductive rights may signal a potential for change in the Republic, so here's what you need to know about the big abortion debate in Ireland.

So, what's the deal with abortion in the Republic of Ireland?

Abortion has been illegal in the Republic of Ireland since The Offences Against The Person Act (1861). This law, passed during a time when women were not even permitted to vote, made it illegal to seek or administer abortion services in England and Ireland.

Despite Ireland becoming republic and passage of significant pro-choice legislation in England and the US, Ireland added an amendment to its country’s constitution (1983), following a referendum where 67% of the population voted to protect "right to life of the unborn," essentially equating the life of a foetus with its mother's.

The right to life of the unborn was written into the legislation that defines Republic of Ireland as a country and is known as the '8th Amendment'. It’s worth pointing out that no one of reproductive age today in the Republic of Ireland would have either been old enough to vote or even been born themselves in 1983.

Since its inclusion into the constitution, many court cases regarding the Eighth Amendment have prompted national dialogue in the Republic of Ireland, including those concerning women who sought abortions after rape, mental health issues, and other serious health concerns. The Thirteenth Amendment (1992) eventually allowed for Irish women to travel outside the country to receive abortion services. However, accessing abortions in the Republic was still unlawful.

As of now, the Protection of Life During Pregnancy Act (2013) does allow for abortions to be performed in very limited cases. For instance, if there is a health risk to the mother's life by carrying a child to term, if the mother is at risk of committing suicide or if there is a medical emergency that necessitates termination.

Three specialist doctors have to agree that you fall into one of these categories and one of these doctors must be a psychiatric doctor. All three doctors must agree to the abortion and if they don’t, the case will be referred to three more doctors. Needless to say, very few abortions have actually taken place in the Republic since the passing of the 2013 Act.

What is the Repeal the Eighth movement? 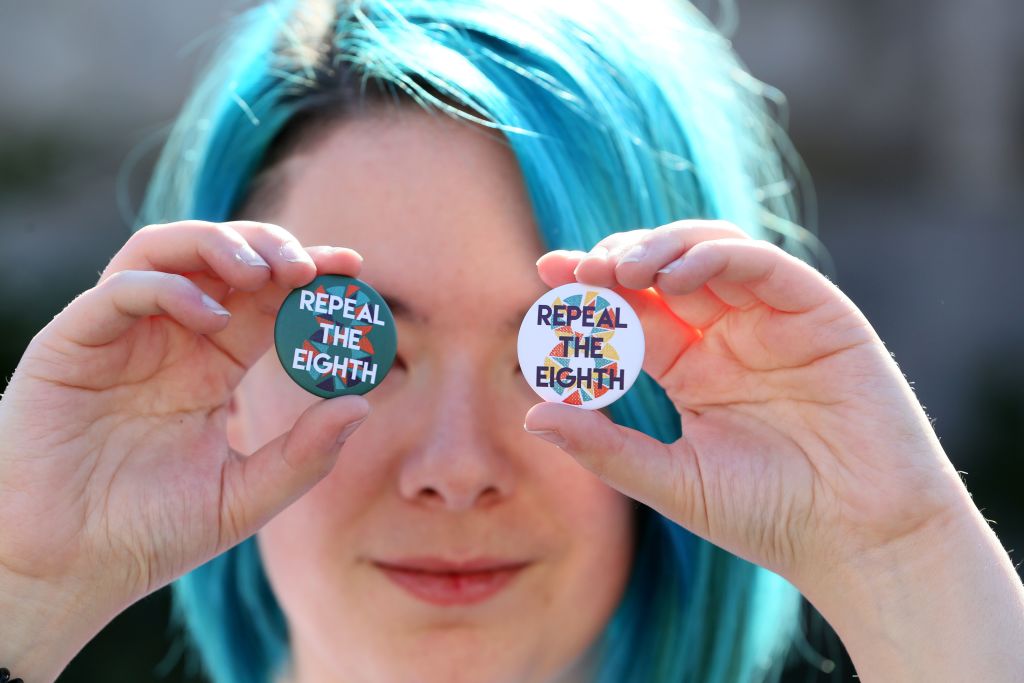 A significant movement of pro-choice activists have led calls to Repeal the Eighth Amendment to the Irish Constitution. For years, politicians in the Republic have promised a referendum on what the Abortion Rights Campaign calls an "archaic and dangerous law".

The movement has picked up significant traction over the last few years. In 2017, a reported 30,000 protesters attended a March 8th (International Women's Day) repeal the 8th demonstration in Dublin.

Speeches continuing outside the Dail this evening, crowds have filled Molesworth Street and the length of Kildare St #March4Repeal pic.twitter.com/njH38bja0A

According to a recent poll conducted by Ireland Thinks for the Irish Daily Mail, when asked how they would vote in a referendum that would repeal the 8th and make abortion unrestricted up to 12 weeks, 53% of respondents said they would back such a change. 27% said they would not be in favour and 20% said they either didn't know or would rather not say.

In September of last year, it was announced that a referendum is to be held in the spring of 2018, and will pose the question of whether the Eighth Amendment should be amended or repealed altogether.

Why should abortion be made legal in the Republic of Ireland?

Abortion access comes down to one big question: Do we trust women to make informed and responsible choices for themselves? The ability to choose what happens to our bodies and our lives should be a fundamental right for all women in every corner of the globe.

Legislation like the Eighth Amendment presumes to know what is right for women, even as anecdotal and fact-based evidence prove how harmful these restrictions can be to their well-being and overall health.

The Republic of Ireland can not continue to export the problem to other European countries. Logistically, travelling to the UK and other parts of Europe for abortion services is unsustainable. Travelling for this procedure can incur astronomical costs (flights, accommodation, transportation, and the procedure itself), a fact which means that lower-income women are often left out of the equation, proving it to also be (among other reasons) morally wrong. Abortions need to be made available and affordable for all women, not just some women.

It's been 35 years since the last referendum on abortion was held here and the country's attitudes on so many social issues have evolved greatly in that time. In 2015, the world proudly watched as the Republic of Ireland became the first country to pass same-sex marriage by referendum. Let that sink in.

The abortion debate in the Republic of Ireland has spanned decades, but now is as good a time as any for real and important change. It's been long enough. Women in Ireland need and deserve a repeal of the Eighth Amendment.

It's time to give all women the right to choose. Visit bpas.org to find out more about more about the ongoing fight for reproductive rights.