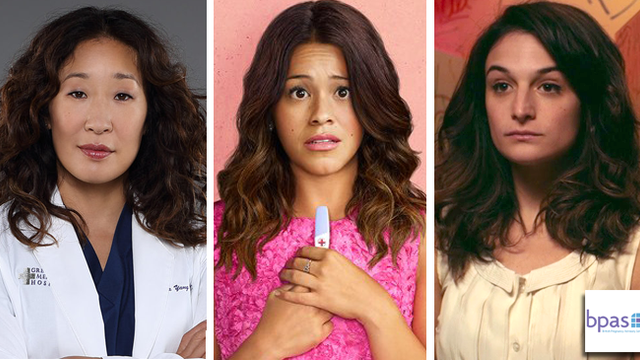 From Scandal to Obvious Child, the conversation surrounding abortion is becoming more and more honest.

Until very recently, the subject of abortion on-screen has been somewhat of a taboo subject.

Avoidance of the procedure has become a big ol' common trope in the world of TV and Film. There are usually a few common themes that always seem to pop up when addressing abortion; the female character will consider it and then not go through with it or they go through with it and are hit by bad karma, blame and condemnation from social judgement trolls.

There is, however, a shift happening on-screen right now. More and more TV shows and indie films are showing women's experience of abortion in a more balanced and realistic way. Pop culture has begun to treat abortion as a valid, reasonable option for female characters to pursue.

And the following TV shows and movies have all had a hand in fronting a more open, honest and realistic conversation surrounding abortion in pop culture.

Abortion is very rarely spoken about so candidly on-screen, let alone shown visually for a prime time audience on one of the most watched and talked about shows on the planet. So when prolific showrunner Shonda Rhimes opted to show Olivia Pope's abortion on hit US show Scandal, it made a huge statement. Not only was it shown on-screen - normalising the procedure in a familiar setting, it was given almost one minute of screen time.

When asked about the scene at PaleyFest, Rhimes replied: “A woman made a choice about her body that she legally has the right to make."

Since Grey's Anatomy first aired in 2005, the show has never shied away from talking about the legal medical procedure out loud. When Cristina Yang decided to end her pregnancy, she made it clear that it wasn't something she took lightly, but it was what was right for her. The complex and honest conversation surrounding the issue was ultimately met with acceptance and support from her then-husband and her best friend.

Again, when asked about the storyline in question, Rhimes said: "I think for me, the point is, it’s a painful choice that a lot of women have made in their lives and we just wanted to portray it honestly and with a really good conversation."

More often than not, discussing abortion on TV is usually accompanied by heavy judgement and dramatic fan fare. So when Lena Dunham decided to address the subject on GIRLS, she did it in a pretty refreshing and nonchalant way.

Mimi-Rose's experience with abortion completely shattered the stigma and social pressure that women should feel ashamed and remorseful after undergoing the legal medical procedure. She didn't need validation from a male to make the right decision for her body nor did she uphold the social misconceptions placed on a female in that position. GIRLS simply gave us as another way to talk and think about how abortion is handled by woman across the world.

The relatively new, youth-focused show Jane The Virgin tackled the subject of abortion in its VERY FIRST episode. The main character, Jane doesn't go through with the procedure but it has always been, and continues to be, openly discussed as a very realistic option - particularly for Latina women in this instance - through the first two seasons of the show.

In the second season of the show, the subject of abortion was brought up again in the most unflinching way, as part of a normal conversation between three women. It wasn't a big, spectacle of a plot point with flashing lights and sirens going off. Each woman had their own view and played a part in normalising the conversation surrounding the subject. 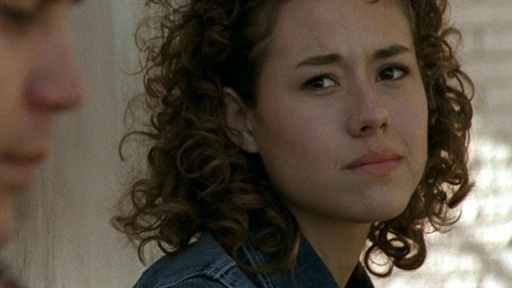 In 2010, Friday Night Lights highlighted the incredibly complex situation that a teenage girl finds herself in when dealing with an unplanned pregnancy. After hysterical reactions from Becky's boyfriend and her mother, Becky and main character Tami Taylor sit down and discuss how she really feels. Tami then gives Becky fair, unbiased, honest and open advice which helps Becky make a decision based on what is right for her and her own body.

For some women, choosing abortion is a difficult process but for others it's a very straightforward decision. Even in the superhero world, Jessica Jones manages to handle the subject of abortion in an incredibly realistic and frank way.

Until recently, television - and film - rarely shined a light on rape victims and abortion. The storyline focuses on Hope, who fell pregnant after being raped. We see Hope's psychological struggle and the resulting support given from Jessica which helped Hope make a thoughtful decision that was right for her in that situation.

While mainstream cinema is yet to fully embrace the notion of an honest and unbiased pro-choice view about abortion, the indie film industry has. Take 2014's romantic-comedy Obvious Child for example. The thoughtful movie follows the story of Donna, who ends up pregnant after having a one night stand with Max and decides to go through with the procedure on her terms. The film addresses the emotional complexity of the decision; from Donna's conversations with her own mother, to the eventual connection between her and Max.

Jenny Slate's wonderful performance, along with the film itself, was nominated for many top Hollywood awards, thrusting the subject matter into the mainstream and widening the conversation for the better.