Podcaster Jesse has raised over $22,000 for Charity: Water, by listening to nothing but the band everyone loves to hate.

People don't like Nickelback. It's become weirdly cool to actively not like Nickelback. We know you were ALL jamming to "How You Remind Me" when you were thirteen, so we can only chalk it up to how little their music has changed in the past fifteen years.

But while we've all collectively written them off, one man is taking the fall for us all, in the name of a good cause. RELEVANT Podcast's Jesse Carey is currently about halfway through a marathon week in which he listens to nothing but the entirety of Nickelback's discography, on repeat, for a total of 168 consecutive hours. 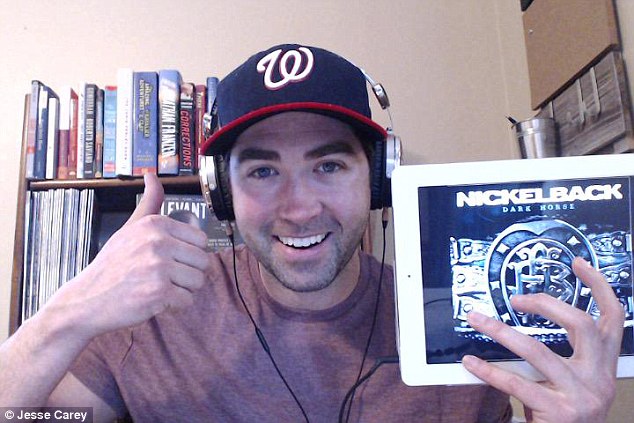 Jesse is using this insane week (dubbed "the Nickelback Challenge") as a platform to raise money for Charity: Water. And not only has his online campaign surpassed his original goal of $10,000; he has doubled it, and with 40 days left on the campaign, already more than 730 people in developing countries will gain access to clean water with those funds.

And so, now for the payoff. Jesse is keeping the world updated as he embarks on a full week of Canadian cowboy rock with Chad Kroeger's sultry growling over every. single. track.

The week is well underway, but the pressure has been on from as early as Day 2.

Only two days in & I’m already feeling the effects of such huge quantities of Nickelback. We’re in unexplored psychological territory here

A normal person may crack under the strain, but Jesse is persevering.

Night 3 of the Nickelback Challenge done. It's almost like half of the songs were written with the intention of preventing you from sleeping

And in an act of pure selflessness, he's keeping the exposure to himself.

We could all truly learn a thing or two about the strength of the human psyche from this man.

Words that have inspired me during the NickelbackChallenge: Fortitude. Resilience. Perseverance. David Blaine encased in a block of ice.

What a guy. You can donate to his Charity: Water page here.

We'd like to dedicate a song to you, Jesse. It's not sorta Nickelback.