The card game's Black Friday sale promised $6 worth of cow poop in a box - And people were shocked when that's what they got.

It's no secret that the team behind Cards Against Humanity aren't huge fans of the capitalist gimmick that is Black Friday. Last year, while every other online store had ridiculous sales on, CAH actually increased their prices by $5. And STILL saw a spike in sales.

For those unfamiliar, CAH is a card game that depends on your own sense of wit or complete moral depravity to win. You have to play your white subject card to the black card in the middle. Worst combination wins. 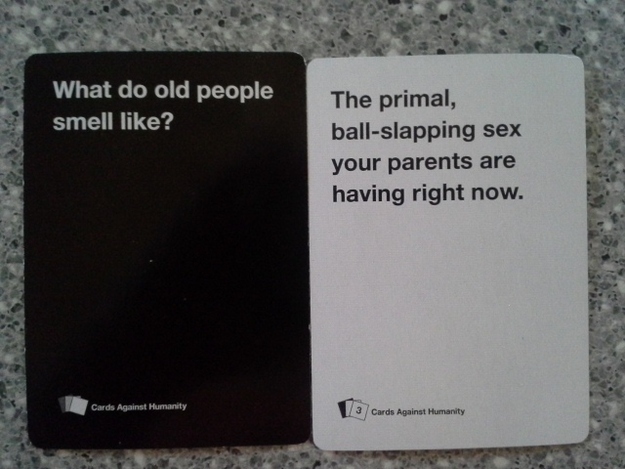 This year the company's Black Friday offering was, well, bullsh*t. Literally, CAH boxed up and shipped pieces of faeces of the bovine variety to a bewildered mixture of diehard fans, pranksters, and idiots. Not only that, they sold out all 30,000 units. 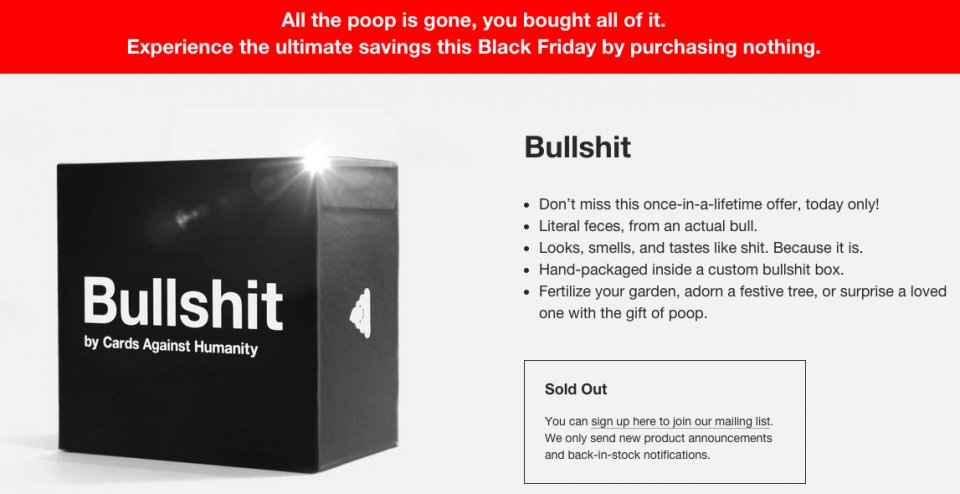 To seasoned fans of the game and followers of its creators, this is old news. Founder Max Temkin spent the whole day of the sale assuring people that no, they would be buying poop.

If you buy the poop expecting it to be something else that’s not poop, you’re actually buying a valuable life lesson for $6.

It was even in the FAQ on the day of sales (during which literally no other CAH product was available). 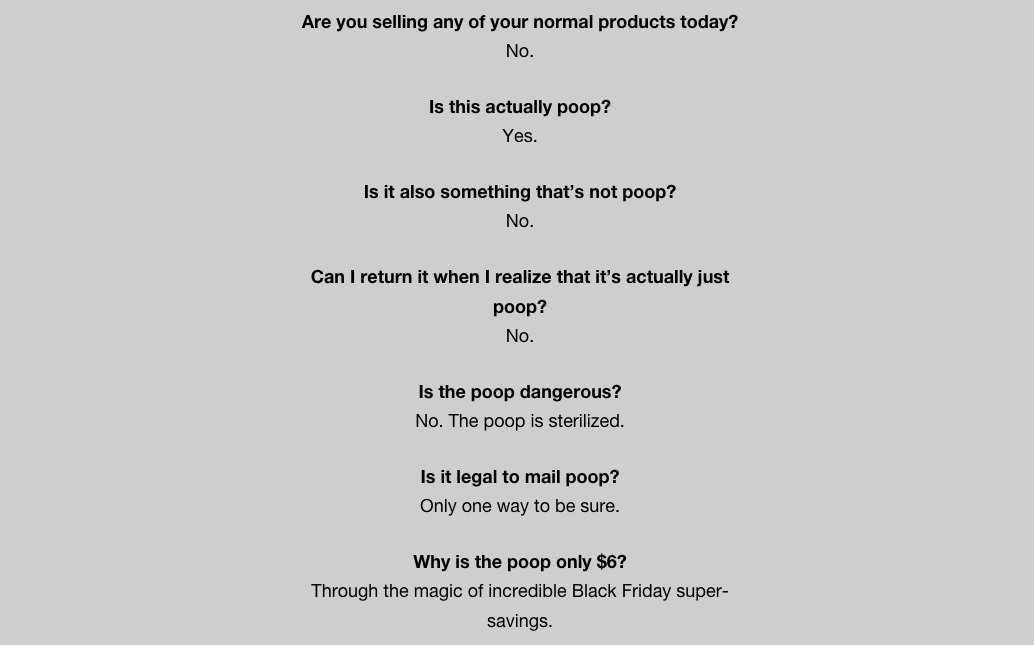 And yet of course, there were still the naive few who held onto hope, right up until they opened the package. Like this tragic unboxing that was posted to YouTube last week.

Or the countless emails they received from people who think that when they buy a product that is 100% transparent about what it is, they are owed a refund when they receive exactly what they ordered.

It's unclear to see who the real winner is here, as CAH didn't exactly make a huge profit from the sale - the $6 boxes apparently cost $5.80 each to make and ship. But good on them, as the small profit they did make from the prank went straight to charity.

@americasbaby1 Thanks for the post! We actually only made $6,000 and donated it all to @heifer.

And that's definitely not bullshit.

Pitbull Remixes Taylor Swift And No One Is Pleased About It