But we love him anyway!

Catfish and The Bottlemen have had a very steady rise to moderate fame in a decent amount of time. They've gone from playing small rooms to sold out shows and we couldn't be more proud of them (we're so proud of them that we have them in our audio stream!).

Don't think we haven't noticed how completely eccentric frontman, Van McCann can be. In fact, compared to his other mellow bandmates, Van is a right laugh.

1) There was the time he offered up an onion to….someone….

2) The fact that at least ONE member of CATB is always eating a banana (and it's usually Van). 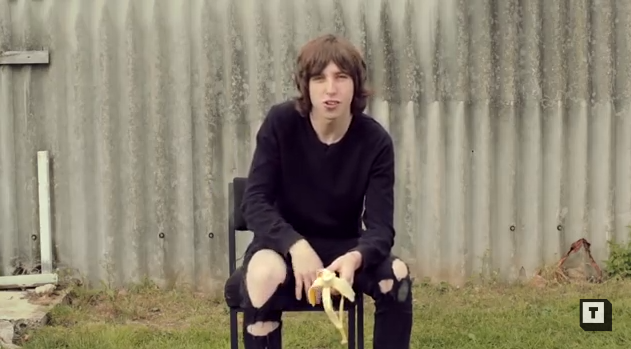 3) When one of his big goals was to buy his mum a jacuzzi.

Why wouldn't you want to write a big tune and get on the radio and buy a jacuzzi for your mum?

4) And the fact that, in reality, Van is just a sleepy baby. 5) Plus, there is probably no other rock singer that could pull off a rendition of Kanye West's "Black Skinhead".

6) His storytelling skills are out of this world.

7) Sometimes Van messes up and it's kind of adorable.

Just me and Ewan Mcgregor. He'd get me so drunk and I’m almost certain I’d end up in his hot tub playing light-sabers.

9) And then he made a video called "10 Reasons Why I Love Ewan McGregor".

UK TOUR GOES ON GENERAL SALE AT 10am TOMORROW MORNING - > www.catfishandthebottlemen.com < Don't want to jump the gun cause who knows what could happen but i'm going to say that whoever coming to these shows will be hearing new songs.... SET YOUR ALARMS....HONESTLY CANNOT WAIT FOR THIS! PLAY US OUT SIR EWANNNNNNN..... https://www.youtube.com/watch?v=plbgQKQFVcA

A photo posted by Catfish and the Bottlemen (@catfishandthebottlemen) onMay 28, 2015 at 2:27pm PDT

10 Things Only Fall Out Boy's Pete Wentz Would Do

7 Reasons It's Impossible Not To Love Patrick Stump