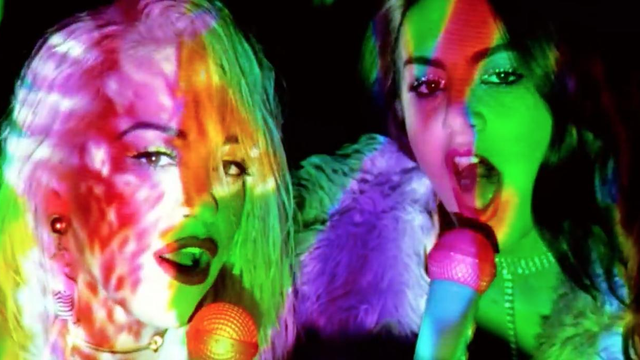 The singer-songwriters get together to rework the track from Charli's upcoming "SUCKER".

At PopBuzz we're big fans of ladies collaborating with each other in music; and this new Charli XCX track, posted to her Soundcloud last night, is exactly what we're talking about.

Teaming up again with Rita Ora, Charli has released a reworking of "Doing It" from new album SUCKER. It's got a great, early 90s vibe to it, reminiscent of maybe Mariah Carey or Toni Braxton.

While SUCKER debuted in the US in December, its UK release has been pushed back to February 16th, due to the rework of this track. But, silver lining - "Doing It" will be getting its own video, and will be released as a single February 8th.