Just as the main UK political parties are getting pumped up for the general election in May, Ukip seem to have fallen at the first hurdle: their website has vanished. 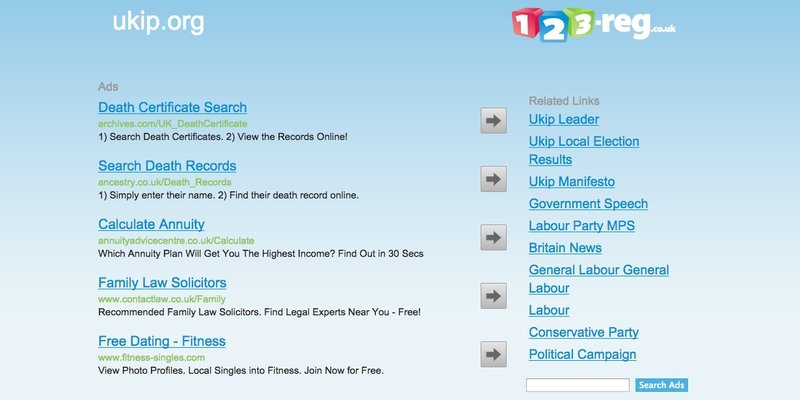 Fail. This page will be familiar to anyone who has ever bought a website domain before - or forgotten to renew their ownership.

Now, we wouldn't normally waste our time on Ukip, but what makes this story really interesting is that a small independent record label called Alcopop! is now claiming to own it.

People on Twitter saying this website isn't going to go through. May not (im no expert), but here's the order conf x pic.twitter.com/PG8YxF0BAC

According to the i100, Alcopop! claimed to have bought the website this morning for £200, but don't actually know what to do with it yet.

"[We're] not sure yet. Some great charities have suggested linking through to them so that sounds like a cracking idea."

Sadly, however, they might never get to put Ukip's domain to better use - the party is claiming they still own it.

"We have had a technical problem with the website overnight, it is being worked on currently and will get it back up as soon as possible."