Yesterday, Diplo shared a new remix for Jack Ü's "Take Ü There" ft. Missy Elliot via Snapchat, using an uncredited illustrated GIF from Brooklyn Artist Rebecca Mock. After the artist tweeted about the infringement on Twitter, a downward slide of Terrible Events ensued where Diplo revealed the inner workings of his mind to be like the verbal equivalent of...

The appropriated GIF artwork below:

And when the illustrator confronted him about the infringement on Twitter, Diplo was quick to un-assume responsibility: pointing to his retroactive attempt of crediting the artist via Instagram.

.@diplo has shared one of my .gifs as background art for his music w/out asking me. my work isn't your clip art dude. don't sample my gif.

And when Geoff Barrow of seminal trip-hop band, Portishead, tweeted him in response, Diplo then proceeded to call him a "Salty Asshole". 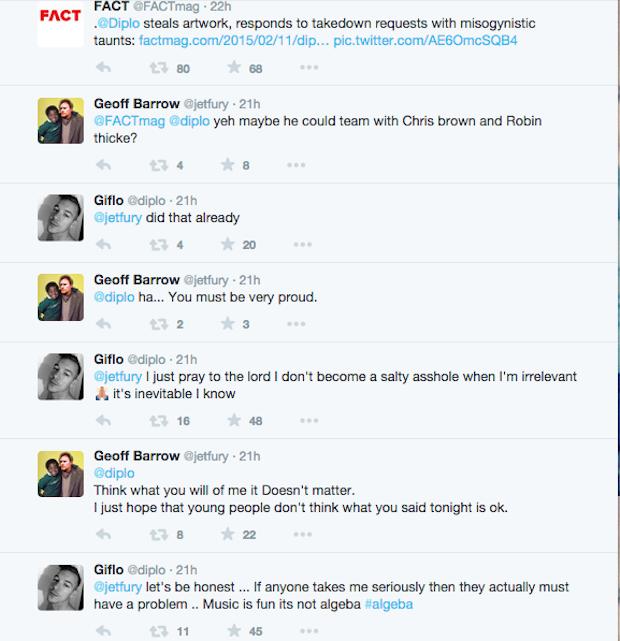 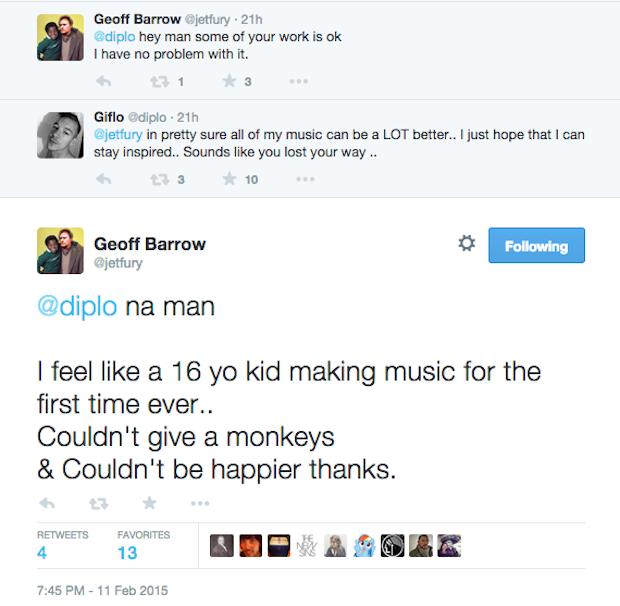 Someone should make a kickstarter to get taylor swift a booty

Get Taylor Swift A Booty https://t.co/RpkB8JExSV 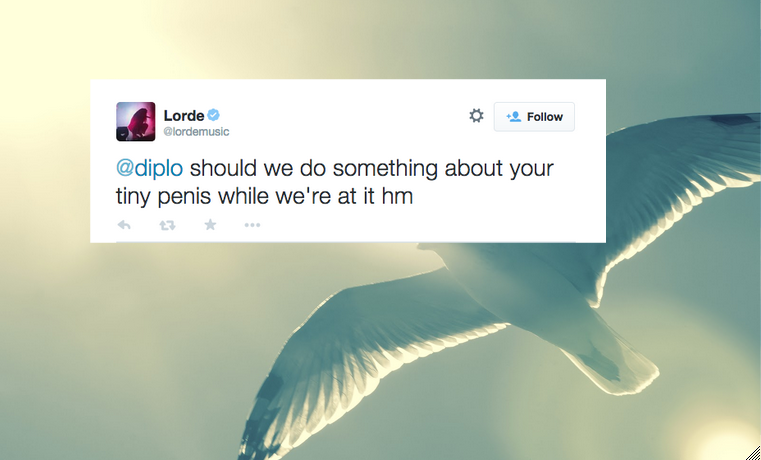