INTERVIEW: Ariana And The Rose Enters The PopBuzz Confession Booth 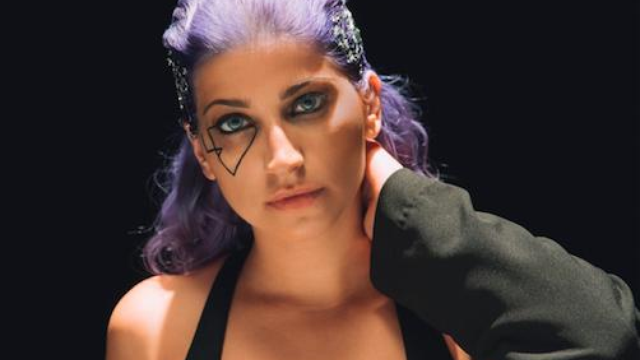 The singer just dropped her latest single 'How Does That Make You Feel?'.

Ariana and The Rose, the London based indie-pop sensation, is the latest act to take on the dreaded PopBuzz Confession Booth questions.

The singer just dropped her latest single 'How Does That Make You Feel' taken from her rather excellent EP Retrograde, also out now.

But the real question is who was her first crush? Are there any bad band names in her past? And how would she sum up her EP using only emojis? We need answers dammit!

What was your first email address?

What is the WORST album you’ve ever bought?

I’d like to think every album I’ve bought has been worth it even if I thought it was terrible.

Who was your first celebrity crush?

Who is the messiest in the tour bus?

I’m usually the only girl around so I feel all of the boys’ mess melds into one giant pile that I avoid.

Worst band name you ever had?

I’ve only ever had Ariana and the Rose, so it’s either the best or the worst!

If I tell you then they’ll know I lied!

Have ever stolen anything?

I stole a turkey sandwich from a New York Deli once accidentally. I think I went back and paid for it the next day though.

What’s the last food item you picked off the floor and ate?

I dropped a piece of popcorn! 3 second rule.

Sum up your latest EP in three emojis

Ariana And The Rose's EP Retrograde is available now. Her 'immersive live music party' will be held at House of Yes, Brooklyn on 16th November. Tickets available here.

Sabrina Carpenter talks Singular, The Hate U Give and the film she wants to make with Joey King