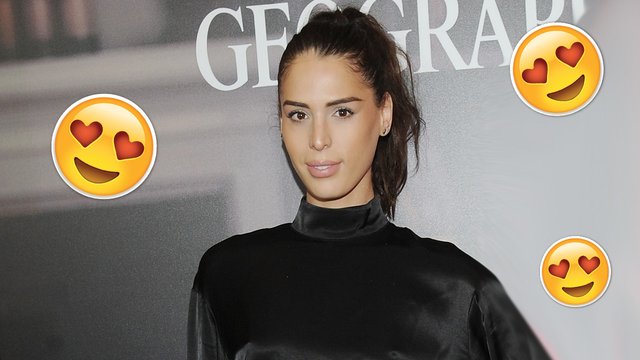 We chat to model and trans-activist Carmen Carrera.

Carmen Carrera’s story isn’t one you hear often. In fact, it’s almost certainly one of a kind.

After years of performing as a drag queen, she entered the third series of reality TV series RuPaul’s Drag Race, and finished in a respectable fifth place, earning fans the world over. But it wasn’t until after the show had finished that Carrera started her transition, in the full glare of the public eye.

Not long afterwards Carrera was invited to dinner with the head of Elite Model Management (as well as Naomi Campbell and Marc Jabob…casual) and soon found herself walking catwalks across the globe. Now, Carrera is juggling touring and modelling as well as activism for the trans community, most recently working on a documentary about the trans communities in South America.

We sat down for a chat with Carrera to discuss her latest projects, what Trump’s America means for the LGBT community and, of course, to hear her opinions of the latest series of RuPaul’s Drag Race. Let’s just say she isn’t short of words…for anything. You can listen to a segment of this interview on the PopBuzz Podcast at the bottom of this page.

Hi Carmen! Your transition was very public. What do you think were the positives and negatives of that?
Well, I would say the positives was being able to inspire others to be honest with themselves. Me and Laverne Cox were really the first trans people in mainstream to bust that door open and welcome in that new generation. Not even that new generation but people who were voiceless. They had an opportunity and a chance to speak their minds and be honest. So, I think that was the positive.

And the negative, I would have to say that best like the 'first' is that you receive most of the ignorance because people have not been educated. People have been watching Jerry Springer for the past 30 years and have been trained to think it's ok to commit acts of violence against trans people. I had to receive most of that penned-up ignorance. So that was kinda the bad side but it's gotten way better. I don't like to focus too much on the negative but that's probably the most negative.

Talking of positives, what would be your advice to young trans people? Is there anything from your journey you'd like to share with them?
Well living my truth is the most empowering thing to me. Even if the outside world is like crumbling down and I feel that pressure of fear, I can live in my truth and get power from it. I know for many people that's difficult but for me it's not. And I think if I was to give advice to anyone out there questioning who they are or whether it comes to gender identity or sexual orientation, whatever it might be, you have to sit with it and be at peace with it in your heart and in your soul. You're blazing a new trail of life for yourself, you're basically ensuring the fact that you have a future.

For most of us, most people who are comfortable with their assigned gender, tracks have been laid down. There's a coaching already that most people have been accustomed to. Not to say that anybody's life is easier but sometimes it can get really difficult when there is no set trail for you. It can get really scary. You have to focus on your future, know what's going to help you thrive, understand yourself fully before you go out and publicly live your truth because there's going to be people who are not going to agree with you. Tons of people. And if you're not strong enough within yourself, you run the risk of crumbling. You have to keep strong. That's why we have allies, if you focus on the positive stuff, there's groups and organisation and there's support, and you have to build up your army.

You’ve been working on OutPost, a Fusion docuseries, on trans people in Latin American. Tell us about the project and how you got involved?
Yes. This is my passion project. After I received immense amount of backlash after voicing my opinion on RuPaul's Drag Race, and from the Queens too...

Is this the She-Male controversy?
It was the Female/Shemale game they played on the show. I watched the episode and I made my Facebook post and I was very diplomatic, or just trying to be respectable to both ends, and it was just crazy. I think it just opened the door for all this nonsense. At that point, I realised this is going to be hard because when you shine a light, you see the good, the bad, the ugly. It gets intense sometimes. And I thought to myself, I need to do some more activism work. That's what really inspired me.

So I took some time off to focus on my team and going back to Latin America because that's my roots. I wanted to understand where we were as far as the Latin culture and community. I realised that in Brazil it's the most dangerous place to live if you're trans. Most of the murders in the world happen in Brazil, for trans people. Homophobia and transphobia.

Then I got the phone call from Pharrell Williams, the executive producer, about OutPost. So I went to Brazil and filmed there. It was amazing because I got to spend time with the people there. I got to hear their story and understand where they live and how they live and it broke my heart. How is it that I'm so lucky to be able to live my truth and be celebrated for it but they have to deal with...basically live the stereotype.

I feel like that's their only option. Either to be a sex worker or...I don't know. That's really all it is. 90% of the women in Brazil who are trans work in the sex industry, not by choice. Mostly not by choice. And for some reason they're the target and they think that this happens a lot in the world, us trans-women and trans people in general are like the target for some reason. Or, harassment or violence. And so, it just broke me. I just wanted to be there for them. That's how it happened and I'm really excited that I'm able to now show the world and share it with everyone and see where there is room for improvement.

How hopeful are you for the LGBTQ community, but especially trans people, under the next four years of Trump?
Well you have to understand something that during my transition, I received a lot of advice from women who worked in the sex industry. That's not to shame anyone but it was what it was and for the most part, what I gathered, we've been servicing these people for quite some time so it's about damn time that they service us in a way that is going to help us feel more included in society. I'm so sad to hear that Trump had withdrew Obama's initial protection and guidance for trans students to use the bathroom that matched their gender identity. Now it's a thing. When you cross the line and you have a negative influence on children in school that's where I see red because I have two kids at home and all I want from my kids is to be able to prepare and have the resources they need to survive in this crazy world. I don't want my kids to feel distracted because they are different or have to constantly feel like they aren't allowed to function. This is the message you are sending to children and that, for me, is terrible.

Can we talk very quickly about the new series of RuPaul's Drag Race? Have you seen it?
I saw the first episode. I love Valentina because she's so amazing and she's so Latin and I love her. She's dope. I love her aesthetically, I'm an aesthetic queen myself. She's phenomenal. I watched it for Gaga too because, duh! Gaga's an Aries like me so she's very prepared and informed. And I'd love to just sit and have a conversation with her and hear how she judges. I want her to be a permanent judge on the show because she's gives such amazing references.

Who's your favourite to win?
I don't know yet. I'm going to continue to watch because I feel like the first three episodes are just getting to know the queens and then afterwards I want to see what happens because sometimes things change, so we'll see. But I hope I get to meet Valentina one day because she's dope.

Listen to the PopBuzz Podcast with Carmen Carrera below: