EXCLUSIVE: Frank Iero Picks His Favourite Songs Of The Year In Our '2017 Playlist' 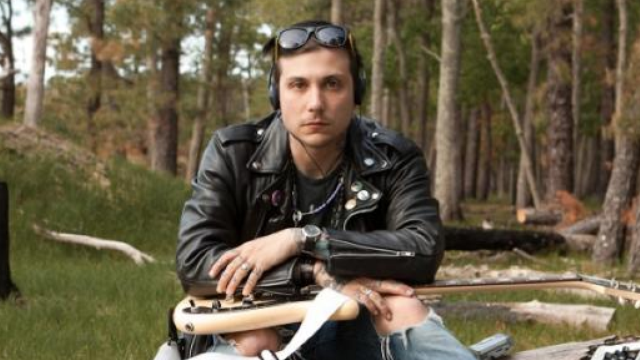 From Metallica to Kendrick Lamar, here is what Frank has been jamming to so far this year.

With a brand new EP and fresh off his sell-out UK tour, we caught up with Frank Iero to talk through the year in music and what he likes to listen to when he's on the road.

So, want to know which track he would nail at karaoke? Or which tune is perfect for crying to?

Check out all of Frank's music choices below:

Song Of The Summer: 'So Busted' by Culture Abuse

Song You’re Most Embarrassed About Loving: I'm not embarrassed by things I enjoy.

Best Song To Have A Little Cry To: 'Do You Still Love Me?' by Ryan Adams

Song You Would Nail At Karaoke: 'Kick Out The Jams' by MC5

Classic From Yesteryear You Keep Playing This Year Anyway: 'It Tears Me Up' by Percy Sledge

One Of Your Own Songs We All Have To Listen To: 'BFF'

Top 3 Results In The 'Most Played Tracks' List On Your Phone/Spotify/Whatever You Use To Listen To Music:

'Into My Arms' by Nick Cave and the Bad Seeds

'Bullet' by The Misfits

Frank Iero & The Patience's new EP 'Keep The Coffins Coming' is out now via Hassle Records.