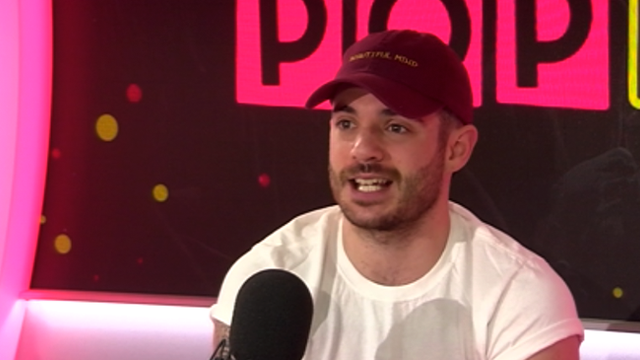 The biggest lie that has ever come out of Jon Bellion's mouth will literally make you scream with laughter. We're not exaggerating, it's absolutely incredible. We'd even go as far to say that you haven't LIVED until you've heard it.

Jon Bellion is the latest guest to have crossed the glamorous threshold into the PopBuzz studio and SPOILER ALERT: it was a LOT of fun. We grilled Jon on just about everything. From his unexpected musical collab and subsequent friendship with Stormzy to his secret Pixar connection and even got him to spill a few beans on a potential Twenty One Pilots feature. S H O O K T.

Jon was also the latest guest to enter the dreaded PopBuzz Confession Booth where he repented for his sins and confessed to some pretty wild sh*t. What was Jon's SUPER embarrassing first email address? What's lurking in his internet browser history? What is his biggest pet peeve? And of course, what was the biggest lie he has EVER told? (We've warned you about this, it's incredible.)

All that and more on this week's edition of the PopBuzz podcast.

We're back at it again discussing Netflix's brand new series 13 Reasons Why but this time, we're going BEYOND Hannah's thirteen tapes. Should there REALLY be a second season? What would it entail? What would it mean for the characters? And actually, would it even be worth it if author Jay Asher wasn't involved?

DON'T KNOW IF YOU KNOW THIS BUT Harry Styles dropped his first single as a solo artist last week and after a full 5 days of blasting it out on the office speakers, we're ready to give our completely honest and true reviews. Is it a 5-star bop or did he fall flat?

And in the most WTF news story of the week, we take a deep dive into Google's new study - aptly titled "It's Lit" - which surveys what the kids think is cool these days. Who do you think took the crown as the "coolest" band on the planet right now? We'll give you a hint... you're probably listening to them right now.