The PopBuzz Podcast Ep 27: Scott Eastwood, 13 Reasons Why and Halsey 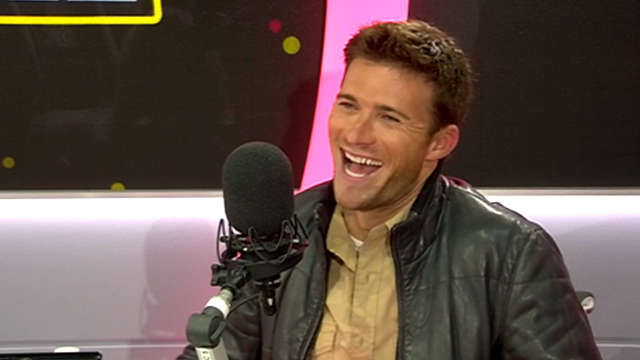 Scott Eastwood just dropped the superhero BOMBSHELL of all bombshells on us and all we're gonna say is... Affleck, watch your back.

Hollywood actor and star of the brand Fast & Furious movie, Scott Eastwood stopped by the PopBuzz studio last week and we had a very lovely time. He teased the fate and potential return of his character in Suicide Squad, revealed which iconic superhero he would like to play next and even described what it feels like to be throw against a wall by Dwayne 'The Rock' Johnson. An honour, we're sure you'll agree.

We also put Scott to the test in a game we like to call 'Fact Or Spurious' - it's basically true or false with a fancy name that we definitely didn't make up on the spot - in which he has to sleuth out the facts and the lies about his Fast And Furious co-stars. Helen Mirren used to work as a WHAT when she was younger?! Christ.

All that and more on this week's edition The PopBuzz Podcast.

We discuss our ~honest~ thoughts on Halsey's grand return to the world of music with her new track and music video for 'Now or Never'.

We take a deep dive into the incredible new Netflix drama 13 Reasons Why. What is it about this show that makes it so damn popular? (Don't worry - we're spoiler free!)

And in the most WTF-worthy news story of the week, we get ourselves wrapped up in the viral Rick & Morty/McDonalds/Mulan szechuan sauce saga by suggesting our own dips for McDonalds and Disney to steal.

Also this week, the PopBuzz Squad are joined by Benedict from We The Unicorns to play a BRAND NEW GAME called 'Catch The Clickbait' in which James, Woody and Katie battle it out to guess what is REALLY going on in some of the most outrageous video titles on YouTube.