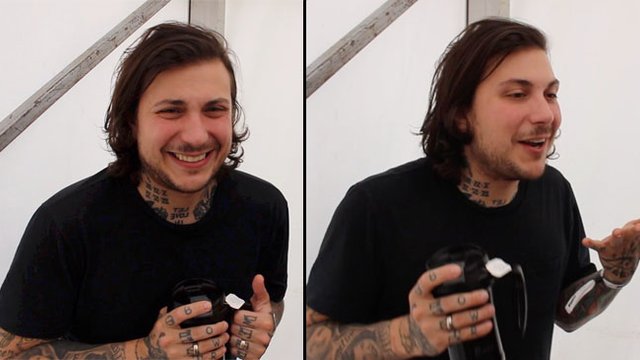 We caught up with Frank backstage at Slam Dunk Festival in Hatfield to chat through his latest tour, and crown him the official king of Twitter.

Frank Iero has finally told us the name of MCR's secret group chat and it is...dissapointing.

We caught up with Frank backstage at this year's Slam Dunk Festival in Hatfield ahead of his show with his current band Frank Iero & The Patience, chatting through his recent tour, playing in front of his old My Chemical Romance bandmates at a recent hometown show and seeing just how many of his sassy Twitter clapbacks he can really remember.

Check out our full chat with Frank Iero in the video below: