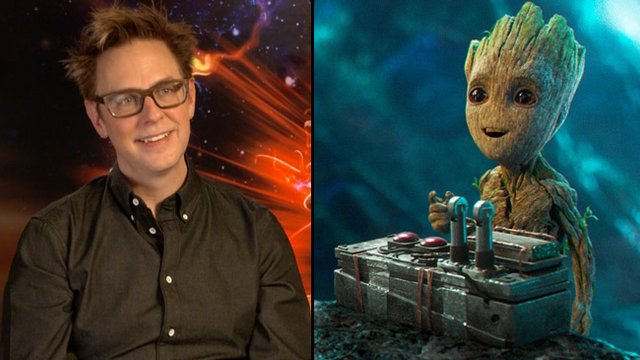 The writer and director talks dancing Groot, choosing the soundtrack and his future plans for the franchise.

Guardians Of The Galaxy Volume II may have only just arrived in cinemas, but director and writer James Gunn is already thinking about part 3.

We chatted with James for this week's PopBuzz Podcast about all things GOTG, from filming dancing Groot to the amazing soundtrack and even that (SPOILER ALERT) unexpected cameo from a 1980s TV legend.

And, of course, we had to try and squeeze some early details out about what he's got planned next for Star Lord and the crew. He remained pretty tight lipped but he did fill us in on where he's currently at in his work flow.

You can hear our chats with GOTG stars Chris Pratt, Zoe Saldana and Dave Bautista on this week's PopBuzz Podcast here.

Watch our full chat with James Gunn in the video below: