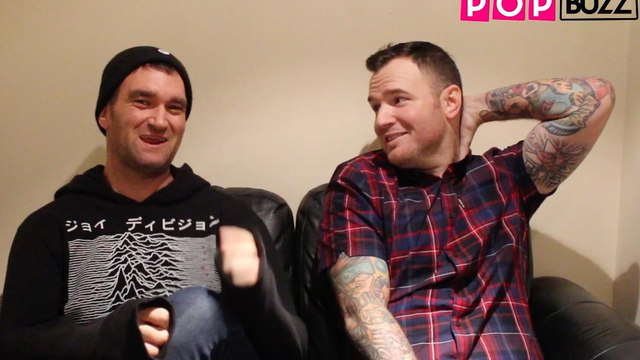 Pop Punk legends New Found Glory return at last this week with the much anticipated release of their ninth album Makes Me Sick this Friday (April 28th).

We caught up with Chad and Jordan from the band on their recent tour of the UK alongside A Day To Remember and Neck Deep to get the full lowdown on their new music and reminisce about their nearly two-decade long career.

What's the story behind the album title? What have they 'learned' over the years? And what was it like to tour with their heroes in Green Day?

Watch our full backstage chat with Jordan and Chad in the video below:

The band return to the UK for a 20 year anniversary tour this October. Get tickets here.