The 'Stranger Things' star talks starring in the 'LA Devotee' video and getting up onstage at MSG with Brendon.

Noah Schnapp has revealed what it was like working with Panic! At The Disco's Brendon Urie in our exclusive new interview.

Noah and his Stranger Things castmate Caleb McLaughlin stopped by the PopBuzz studio for this week's podcast when we quizzed the actor, who plays Will, on his time collabing with Brendon on the LA Devotee music video, as well as joining him onstage at New York's legendary Madison Square Garden. Watch what he had to say in the video clip above. 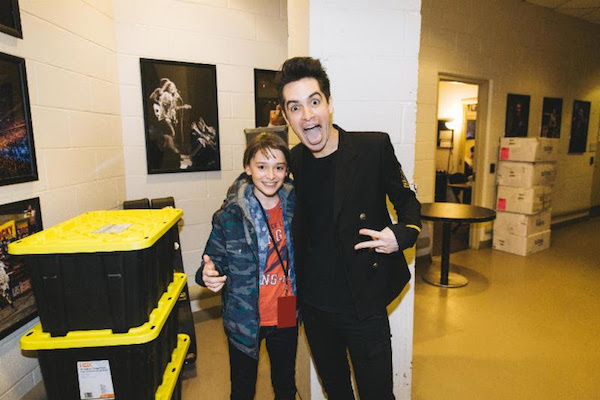 Plus, check out more of our interview with Caleb and Noah in the video below and listen to our full chat on this week's PopBuzz Podcast here.