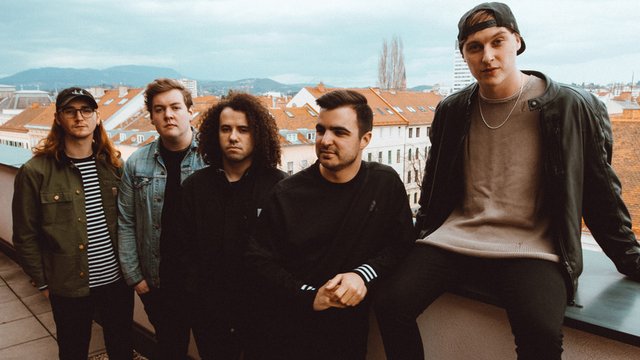 Plus the US pop punk band just announced a new deluxe edition of their HUGE album 'Around The World And Back'.

State Champs have just unveiled a brand new acoustic track in a video you can watch right now, exclusively on PopBuzz.

The New York pop punk outfit have recorded a fresh take on 'Secrets', released as a single back in 2015:

"Secrets is not only near and dear to us because it was the first single off of Around the World and Back, but our love for the track has only grown with this acoustic rendition. Although our acoustic appearances are few and far between, Secrets was always a stand out, laden with 3-part harmony and chunky guitars, so it was only right that we recorded it for the deluxe edition of the record."

Check out the acoustic version of 'Secrets' in the exclusive video below:

The band have also just announced the release of the Deluxe DVD edition of their latest album Around The World And Back which will be released on May 5th via Pure Noise Records. The new edition will feature 6 additional tracks, including two new songs co-written with Alex Gaskarth of All Time Low. You can preorder the record here.

Plus, following their current US tour, the boys will be back in the UK this summer to play at the legendary Download Festival on June 10th.

Check out the tracklisting for the deluxe edition of the album below:

09) Around The World and Back (featuring Ansley Newman)