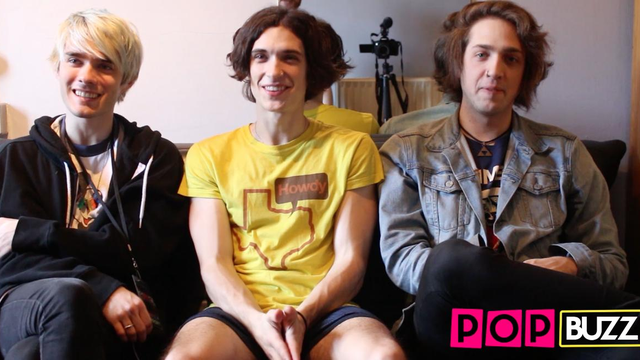 We chatted to Awsten and the boys backstage on their recent huge tour supporting All Time Low.

We caught up with the boys from Waterparks backstage at their recent London show to chat through their ace album Double Dare, their favourite ever boyband moments and read your incredibly weird YouTube comments.

Awsten, Otto and Geoff were in town to support All Time Low on their recent UK tour ahead of their appearance at Slam Dunk festival at the end of May.

So, which 1D song is Awsten's fave ever? Can they sum up their album in three emojis? And why did Otto end up taking over singing duties at their recent gig?

Check out our full interview with Waterparks in the video below: