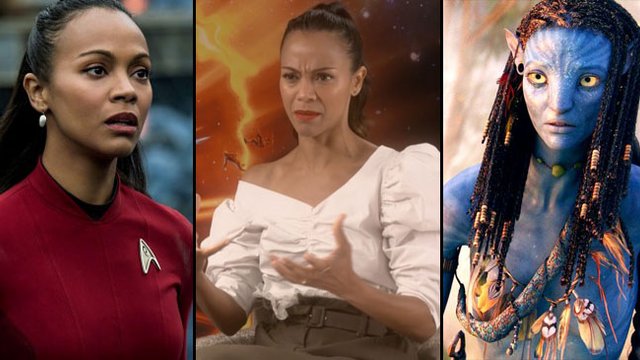 Who does Zoe think would make the best addition to the Guardians crew: Neytiri from 'Avatar' or Uhura from 'Star Trek'?

Zoe Saldana revealed which of her iconic characters she would choose to join the Guardians Of The Galaxy crew in a future movie.

We chatted to Zoe for this week's PopBuzz podcast alongside her cast mates Chris Pratt and Dave Bautista, when he put the ultimate question to her - who would she pick to join the Guardians...

Uhura from the Star Trek series?

It's a tricky one isn't it?

We also picked Zoe's brain on her epic make up regime as Gomora in GOTG, her fight scenes with Karen Gillan and let her meet our very own dancing baby Groot (he really is the cutest).

Check out our chat with Zoe in the clip below: