Moms everywhere are stressed out from pre-ordering the record for their high strung children.

Fall Out Boy have released new music and, just like that, you’re transported back to your high school bedroom trying to reconcile your love of From Under The Cork Tree with your equal love of The Ramones.

Their latest offering entitled "The Kids Aren’t Alright" taken from their upcoming album American Beauty/American Psycho, due out January 20th, is a progressive, albeit safe peek at the record.

The record has also just been made available for preorder much to the ire of parents of 16 year olds everywhere.

The band took to Facebook to share album artwork and elaborated on what the imagery meant to them. 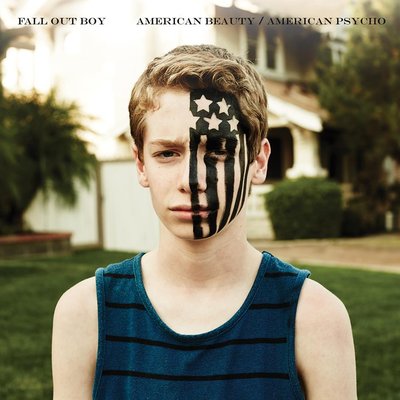 This photo was meant to capture the threshold between the american beauty and the american psycho... what rages on the inside- how we what we all feel is permanent and impermanent all at once. we can change but do we really want to? activate yourself, protect your dreaminess. or break it- 'because without the cracks the light couldnt get out.' Rock and roll doesn't necessarily mean a band. It doesn't mean a singer and it doesn't mean a lyric, really. It's that question of trying to be immortal.

Pete Wentz used Instagram to tease a potential image from what may or may not be a music video for the track.

And so far fans seem divided on the new sound.

Centuries, AB/AP, & The Kids Aren't Alright all sound different. no song will sound the same, without a doubt this album is gonna be amazing

Hear the newest track and prepare to revert to your 16 year old self.