Has Feminism Gone Too Far? These Well Adjusted Men Sure Think So

Women in a video game? Now we've seen everything.

So a cool thing happened. Like, a really cool thing.

EA, which has put out FIFA as an expressly male game with male football league teams for 22 years, has finally made a big leap toward gender parity by introducing women into the game.

For the first time ever, FIFA 16 will include female football play, outstripping competitors like Ubisoft who have previously claimed that female characters were too hard to animate and produce in gameplay.

The trailer is unbelievably cool, shows behind the scenes looks at the development, and includes women from teams all over the world. You could almost say that a serious effort has been made on the part of EA to be inclusive of women's league play. 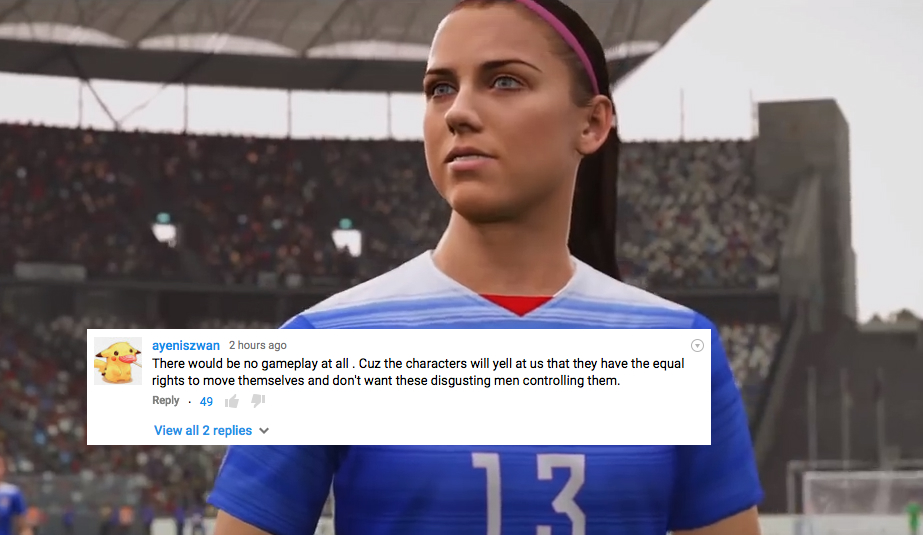 As with most cool things that sort of involve women, certain internet comedians are taking the news kind of hard. Thankfully, these comedians have their winning and unique sense of humour to keep them warm at night.

Who cares if they're putting women in FIFA and NHL? As long as they have a kitchen mode the game will be fine

You don't see men on Nigella Lawson's Kitchen 16, why should women be on FIFA 16?

The linesman will be busy in FIFA 16 flagging all these women offside for not being in the kitchen ... Okay that's the last one.

This guy summed it all up in one succinct tweet

@EASPORTSFIFA women's is not good guys \:

Got A Lot Of Questions On Feminism? This YouTuber Has Got You Covered