Ever Wanted To Tour Abbey Road Studios? Google's Got You Covered

Street View in the studio!!! 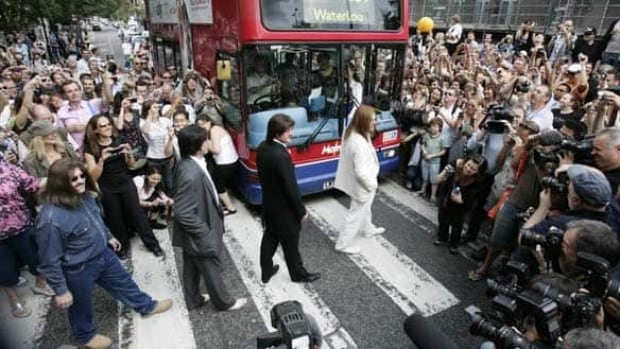 But until now, only a few fans of London's historical musical landmark will actually have ever had the chance to, y'know, go in. But thanks to a new project from Google titled "Inside Abbey Road", anyone can have their own private virtual tour of the venue.

In a Street View-esque browsing experience, users can wander around Abbey Road's three main recording studios and mastering suite, with more than 150 360-degree panoramic images being captured inside. The tour also serves as a bit of a virtual treasure hunt; each room offers a number of interactive things to be discovered, including videos, actual guided tours, and excerpts of musical history.

While you're wandering around, you'll also be able to hear the feint, 360-degree audio of artists practicing throughout the building. It's pretty freakin' awesome.

You can check out "Inside Abbey Road" here, and watch the introductory video below.

Take A Day In London With Shura's New Video For "Indecision"

We've Got A Romance-Free Five-Year Plan For Taylor Swift