Hear Grimes Team Up With Someone You Definitely Wouldn't Expect

It seems like Grimes is in no shortage of new and unheard music. The 26 year old Canadian singer teamed up with Jack Antonoff (of Fun.) to contribute a song to last night's episode of HBO's Girls. Jack Antonoff is in a relationship with girls creator Lena Dunham so the fruits of this track certainly hit home.

Also me and @jackantonoff made another song 2gthr for girls premiering sunday on the show! whoop whoop

This is an odd one for Grimes, whose music certainly leans on more bassy overtures and has a certain edge that may be missing from this release.

"Entropy" feels like a song Carly Rae Jepson would have no trouble singing. Although it's a different sound for Grimes, Jack Antonoff has certainly been known to bring out some interesting sides in people. Ask Taylor Swift and Bill Nye the science guy. 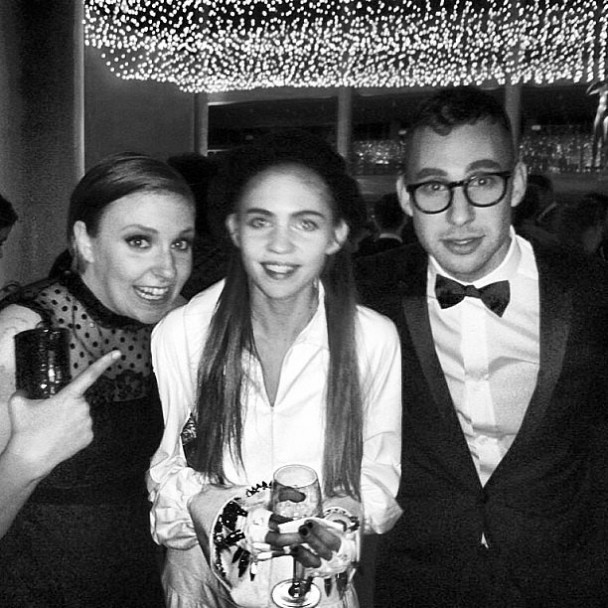 Jack worked on Bleachers while still touring with Fun. Shortly after going public with the news that he was making solo music, Jack dropped the project's debut album, Strange Desire.

Listen To Passion Pit On Their Newest Single "Lifted Up (1985)"