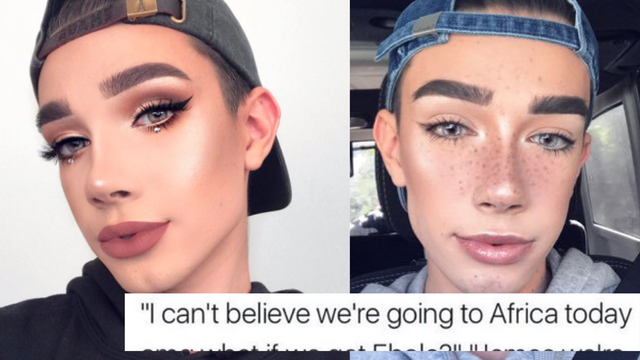 His joke wasn't even a little bit funny.

James Charles made headlines last year after his real love of makeup turned into a historic ambassador gig with Covergirl. James became the first man to represent the brand in a major way, opening the door for other male makeup artists to receive similar brand ambassador roles.

Unfortunately, James is young and prone to mistakes.

His latest comments on Africa have revealed a serious case of bad humor and bad taste.

In this (now deleted) tweet, James made a (bad) joke about getting Ebola on a trip to Africa. Setting aside the fact that the World Health Organisation has determined that West Africa is Ebola free, James' statement is harmful, ignorant, and a stark example of unchecked privilege.

James' tweet refers to a 10 day trip to South Africa, a country which has not had a reported case of Ebola since 1996. Contrary to what this tweet sounds like, Africa is not a country and the health concerns of West Africa are not always the concerns of other regions on the continent.

I stopped reading James Charles 'apology' once he called Africa a country ... its a continent.... goodness gracious

And, right on time, the receipts are coming through.

This isn't the first time James has made some questionable comments on race.

Apparently he deleted these tweets.. so let's bring them back #jamescharles pic.twitter.com/JGv5GKAa0p

I wonder who can replace James Charles, I got you @COVERGIRL someone who is actually funny, talented and I can relate to @bretmanrock. pic.twitter.com/kvA9RY6bki

I'm ready to take James Charles place as the next face of CoverGirl. I'm really nice, and I don't photoshop my nose contour. pic.twitter.com/xFR0AdLltd

It's always a win when diversity is celebrated and uplifted. On his way up, James acknowledged that he had been bullied in the past, a fact which now makes these comments so baffling. James, by his own admission, knows exactly what it feels like to be marginalized and reduced to harmful stereotypes.

There is so much stigma around how the western world views African countries. While disease and poverty may be a daily reality for many people (just as it is for many in the western world as well), to talk about an entire continent like all of its residents are dying from Ebola is so unbelievably ignorant and condescending.

And aside from the wider implications of the tweet, I'm really here to tell you guys that Ebola jokes were never funny. Not even in 2015. I promise they weren't funny.

everyone in the james charles trending thing is saying people are being hypocritical bc ebola was a meme yea but not..everyone...laughed...

We're all well versed on MUAs and internet stars being problematic for shock value but we have to make it less profitable for people to be like this.

James has since apologized via Twitter and we are awaiting the inevitable YouTube video that will come from it.

I am extremely sorry. Regardless of my intentions, words have consequences. I take full responsibility and will learn and do better. 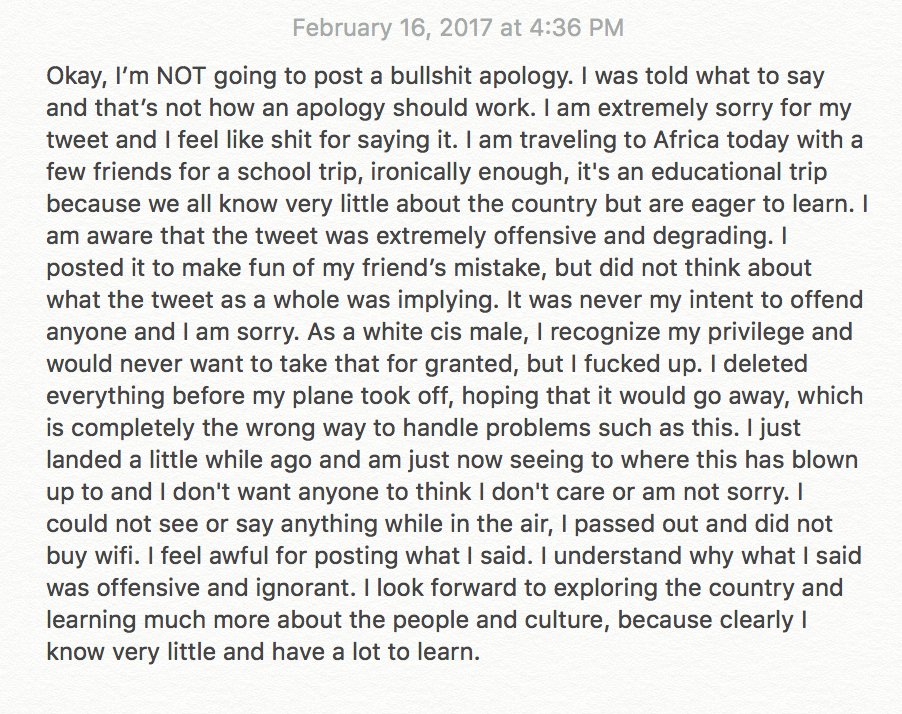