The aesthetic has slowly but surely become an established part of bisexual storytelling in media.

Janelle Monáe's latest music video for 'Make Me Feel' is making the internet feel all sorts of things.

Aside from the incredible chorus and Janelle's showstopping dance moves, people are also taking note of the lighting in the video.

"Bisexual lighting", as it is commonly called, features prominently in the 'Make Me Feel' video.

This genre of lighting is often characterised by emotive pink, purple, and blue hues. The style of lighting is also associated with bisexuality because it evokes the colours of the bisexual pride flag.

This particular aesthetic has been discussed widely by queer online communities who have noted its usage in film and other art spaces. As it turns out, you've been witnessing bisexual lighting in all your favourite media and you never even noticed.

The video for Demi Lovato's bisexual banger "Cool For Summer" was also bathed in this particular aesthetic.

Could we ever forget San Junipero from Black Mirror?

And, of course, Hayley Kiyoko: An icon

Crazy Ex Girlfriend's Darryl Whitefeather even came out in this light, in front the pride flag, with an entire musical number about being bi. 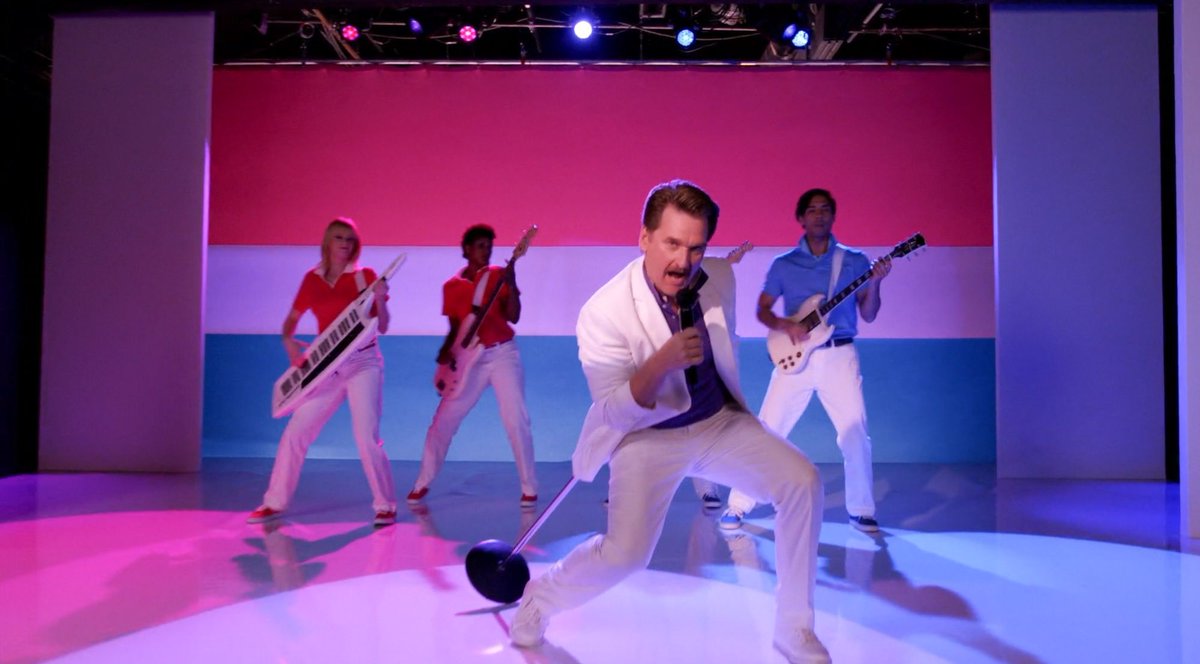 Of course, this lighting isn't ONLY used to signpost themes of bisexuality. These ultraviolet hues often have other practical purposes, like making a person's skin colour, hair, or clothing stand out.

Bi-erasure and bi-phobia are all too common in our media and it's SO amazing to see this aesthetic become an established part of storytelling in the bisexual community.