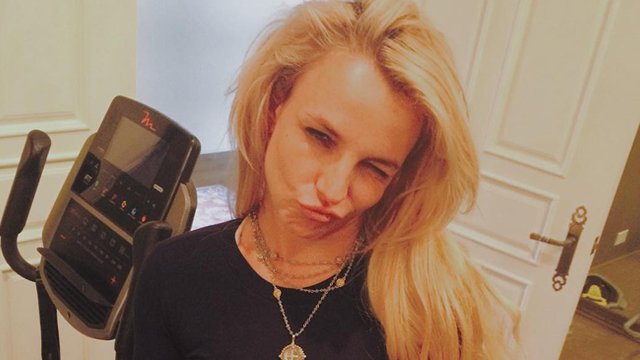 Brit's now an award winner. Wat u gon' do 'bout it?

Last night (6 January) reigning queen of pop, the Legendary Ms. Britney Spears (her actual title fyi), picked up the award for Social Media Celebrity at the People's Choice Awards after being voted the winner by - what I'm sure were - millions of votes.

While the original Queen B (soz, Beyhive) and pretty girl might not have been there in person to pick up her gong due to illness (or is she still stuck up that tree?), it definitely proves a theory that I've been developing for a while.

Wait, stay with us.

At the beginning of 2015 there was a seismic shift in the tone of Britney's Insta. Before her account followed the trajectory of every other groomed popstar, complete with press approved images, marketing materials and a brief, carefully selected, glimpse into her personal life. However, it all changed with this unassuming picture...

Life is short. Smile while you still have teeth!

"Life is short," the caption reads, "smile while you still have teeth."

Brit has gone from the biggest popstar in the world, to one of the most photographed people on the planet and finally to a reclusive chanteuse owning Vegas' re-burgeoning residency scene with her award winning "Piece Of Me" show. Over the course of nearly 20 years it feels like we know Britney - she's such a part of pop culture (arguably, she was pop culture for a time) that it's easy to feel a sense of familiarity with her.

However, ultimately we don't know Britney Spears. That is until now.

Going through Brit's Instagram, it appears that this was the first "mom meme" that appeared on the account, a sign that a sea change was occurring.

This was, 10 weeks later, followed by this:

And then this rather profound and truthful nugget tagged #WisdomWednesday.

Live in the present! #WisdomWednesday

Around 6 months ago, this started to escalate. The account became full of memes stating that "Shopping is my cardio", pictures of planets claiming that "Nothing is what it seems",  and this pearl of actual wisdom.

As Jezebel points out, Britney Spears' Instagram account became an unfiltered window into the psyche of one of the most famous women in the world, full of sincerity severely lacking in the digital profiles we create now create for ourselves.

However, I'm pretty sure it goes one step further than that.

Since an incident in 2007, Britney has been shrouded in mystery, missteps and intense scrutiny. Constant press and public observation of her weight, character, role as a mother, ability as a performer and quality of her artistry, must have had some sort of an effect on her self-esteem and confidence.

What's refreshing and, to be honest, joyous is the confidence and DGAF attitude that shines through with the sheer randomness of the posts. Britney wants the world to know that she really couldn't f*cking care what anyone thinks.

While many stars find the need to justify their actions with quotes, inspirational Instagram posts about their bodies and whatnot, Britney is happy to post this:

Getting older... I need my glasses!

Likewise, Britney wants you to know that she has a big forehead and she doesn't care because her bloody book was amazing.

Yeah I know I've got a big forehead... but it was a really great book!

Looking at Britney's Instagram now, I see a woman who's hella in control of her life, in love with her body, unashamed of her humour and not afraid to poke fun at herself. Include the fact that she's one of the most famous people on the planet, and you've got one aspirational Instagram account.

At the base of this, the point I'm trying to make here is that rather than social media gimmicks about "revealing the truth behind those amazing Instagram pictures", maybe we should all take a leaf out of Britney's book and throw caution (and sanity) to the wind and not care about who we are and what we post.

She may be the best popstar in the world but she's wise AF.

Now excuse me while I go and download a bunch of Minion memes. 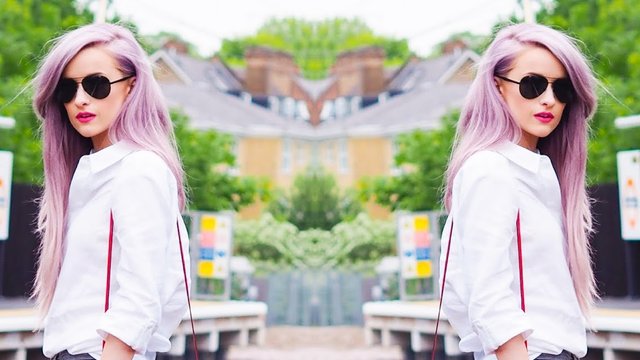 Learn To Love Your Selfies With These 5 Essential Apps