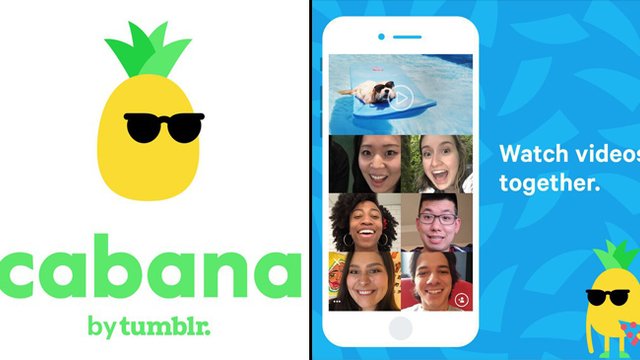 'Cabana' is available now in the US and you really need to download it.

Tumblr have just launched a brand new app that lets you hang out and watch videos with your friends even when you are nowhere near each other.

The app is called 'Cabana' and lets you and up to 5 friends join a group video chat while watching YouTube videos together.

Obviously, it doesn't have to just be dog videos. Although we always strongly encourage the viewing of those.

Personally, we kind of love this idea. How often do you share videos in your group chat to get the funny reactions from your mates? Well, now you'll get to see those reactions in real time. Clip sharing just went next level.

'Cabana' is available in the US right now on iOS and on Android from May. No word yet on an official launch date for the rest of the world but we will keep you posted as more news becomes available.