Chris Evans' 'Infinity War' Beard Is A Matter Of Urgency 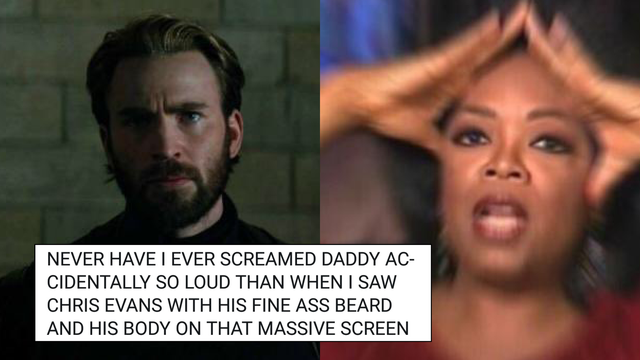 So, if you haven't seen Avengers: Infinity War, let me clue you in on Chris' aesthetic.

I am HERE for Chris Evans with a beard pic.twitter.com/uoqV29Z7gc

UNESCO has already recognized Chris Evans' beard as natural heritage of humanity or do I have to start a formal petition to make it happen?? pic.twitter.com/vMcqGqiSN1

Yes, that sound you just heard was me releasing a very loud and very shaky breath.

Captain America has always been the Wholesome Daddy of the MCU, but now he has seen things and his look must adequately reflect that. I wasn't the only one perspiring in the theatre, though.

The internet has witnessed the year's best cinematic beard (rivalled only by John Krasinski's A Quiet Place beard) and now people have FEELINGS.

The reviews are in. Chris' beard is truly out here affecting people's lives.

I lost a whole day to Chris Evans’ beard

Fun fact: I saw AVENGERS: INFINITY WAR with my girlfriend, and as soon as Chris Evans and that beard showed up on screen, we simultaneously broke up with one another.

Chris with a beard > Chris without a beard and that's just facts.

when chris evans’ first scene came on, the crowd in the cinema literally cheered so hard for him and i died they all love the BEARD

i get high on:

chris evans with a beard

im not saying captain america is better with a beard but that’s exactly what im saying pic.twitter.com/SwODUv8gNy

No offence, but they need to put Chris' beard in the Smithsonian.

this tweet is spoiler free Infinity War commentary: we need to discuss Chris Evans’s beard because BABYYYYYYYYY everytime he was on screen I felt like this pic.twitter.com/TnjgRS8jjQ

me in the theater when captain america appeared from the shadows with that black suit on and a full beard pic.twitter.com/Mwi3HJeNQB

Chris Evans without a beard is a snack.

Chris Evans WITH a beard? Honey, that's a snack, that's a three-course meal, that's dessert, that's seconds, that's heating the leftovers up the next day. It's everything. 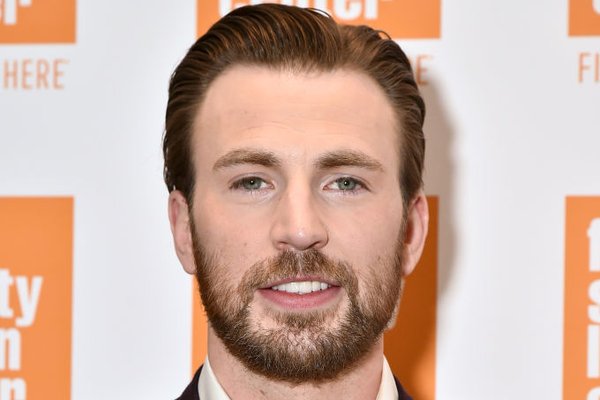 Anyway, if you need to reach me, I'll be sitting in the dark thinking about this man in this movie.