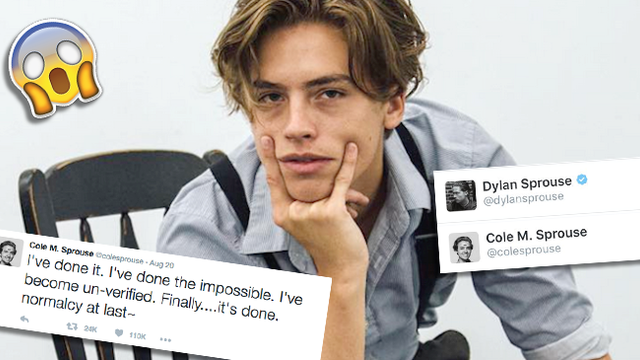 This could possibly the work of Dylan. Trust no one.

So, the brotherly war rages on between Cole and Dylan Sprouse. Not a day goes by where they're not ripping each other to pieces on Twitter but things may have just gone way too far.

It was just weeks ago that we all upped our game in an attempt to verify our own Twitter accounts but it seems no one is safe from the unpredictable 'Game Of Blue Ticks'. Yep, a few days ago, Cole got unverified on Twitter. How the hell do you get un-verified on Twitter? We always thought it could only ever happen if you were a complete and utter offensive douche-canoe.

So what the frickity frack did Cole do!?

Well, it turns out it was all just a mistake. Cole accidentally hit the tab that makes your Twitter account private. If a verified user decides to "protect their tweets", Twitter automatically removes the blue tick - making said person free to roam the mean streets of the internet as a normal unassuming peasant. Twitter then has to decide if you're allowed to get your tick back.

His freedom didn't last long, 'cause he got verified again soon after. Cole's King status was restored and peace was once again brought upon the nation's timelines. But that is not where we end our tale, my friends, for there may have actually been other mysterious forces working against Cole in the fight for verification.

Come on, we all know who was reaaally behind this entire sabotage attempt... 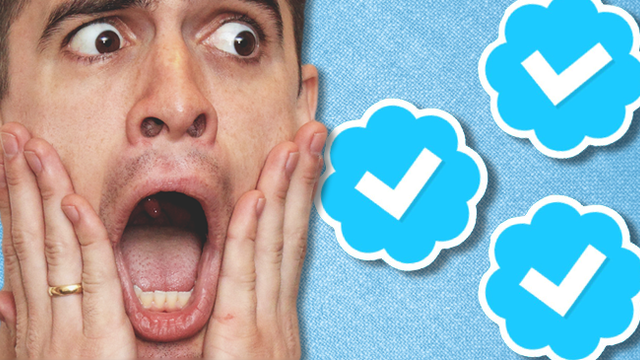 OMG! Twitter Just Made It Easier For Us Peasants To Get A Verified Tick

How And When Did Cole Sprouse Get So DAMN Good Looking?