Why Are Some Celebs Posting Red X's In Their Photos Today? 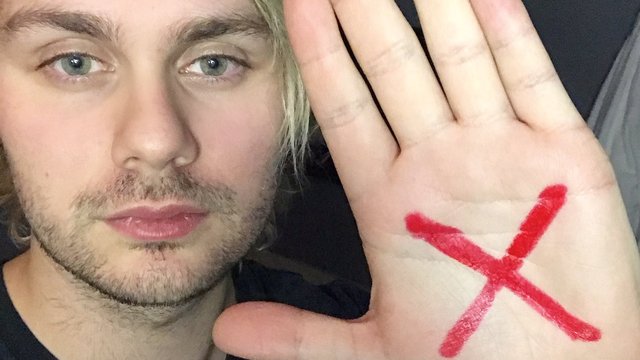 You might be seeing a lot of red X's over Facebook today as part of a campaign against human trafficking.

"Slavery is still here and we're not okay with it."

This is the message that the End It Movement is trying to spread across social media today. Composed of a mixture of celebrities, politicians and other leading organisations, the Movement is intent on spreading awareness and bringing an end to human trafficking; and today, they're putting all their efforts into shining a light on slavery.

2.23.17: It's here! TODAY is our day to tell the world that slavery still exists and we're not ok with it.
#enditmovement pic.twitter.com/v35Y5zt55N

Which is why you might see a lot of people post a red "X" somewhere on their social profiles.

As a part of "Shine A Light On Slavery Day", members of Congress, celebrities and hopefully thousands of internet users will be spreading the word of the End It Movement by adorning a red "X"; either on their hand, or as a profile photo over the course of the day.

i'm supporting the #ENDITmovement be an #ENDITambassador with me. please take a moment to learn about it here > https://t.co/GZh0Y3AqWw pic.twitter.com/WCFkSfCv61

Through tireless lobbying and testimonies from public figures such as Ashton Kutcher, the End It Movement has managed to raise over $4 million dollars since 2013.

Believe it or not, slavery is still an issue in many parts of the world - Senator Bob Corker, advocate for the Movement and responsible for the End Modern Slavery initiative Act, has revealed that approximately 27 million people are currently trapped in some form of forced labour or human trafficking.

At the Vatican today to discuss the #EndSlaveryAct and other important issues with Cardinal Parolin. Together, we can end it. #enditmovement pic.twitter.com/o11jOkiMvJ

The red "X" has been shared over 500 million times - but you can still join in.

All it takes is joining in with the internet by either changing your profile picture to one of the red "X" ones available on the End It Movement site; or if you prefer, posting a selfie with the "X" drawn on your hand, using the hashtags #EndSlaveryAct and #EndItMovement.

be sure to mark an on your hand thursday, feb. 23, 2017 to raise awareness for human trafficking !! #endit #enditmovement pic.twitter.com/uE0EIBOiDI