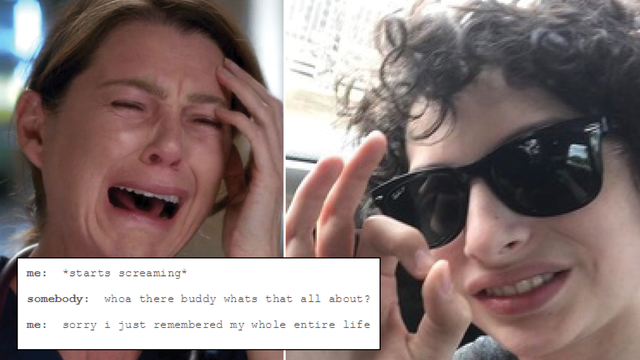 Looking at memes after a hard day of overthinking everything and assuming everyone is mad at me.

"why is millennial humor so weird?"

it's called a resurgence of neo-dadaism, you uncultured filth. take an art class and get depressed

first of all, i'm in the middle of an existential crisis, i don't even know what i am

me after my 3am existential crisis pic.twitter.com/hZduPS5fxQ

7 stages of grief:
-waking up
-having a body
-leaving the house
-being self
-human interaction
-going home
-looking in mirror

me deciding about what imma be sad today pic.twitter.com/Mo7oXcUlnm

third base is when he witnesses a mental breakdown