FaceApp Brought Out "Asian, Black, And Indian" Filters And The Internet Was PISSED 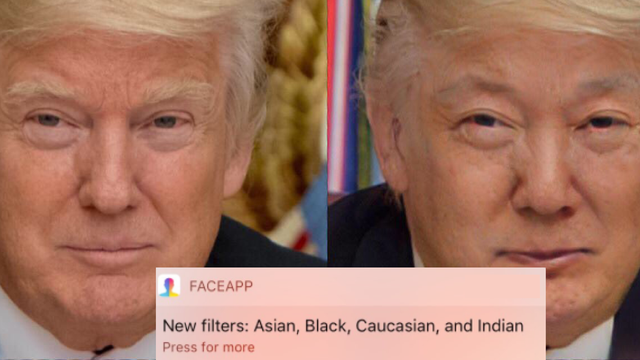 You know what's generally a bad idea? Apps that let you change your skin colour to "look like" certain ethnicities. You don't have to be a member of mensa to know that black face and yellow face are both deeply offensive.

So, when FaceApp debuted an "ethnic" filter, we weren't surprised when the internet responded with a resounding "can you not?"

FaceApp first became popular as a harmless augmented reality app that allowed users to play around with the appearance of their ages and genders. The app creators took it, perhaps, a step too far when they announced that new "ethnic" filters were making their way onto the app, featuring "asian, black, caucasian, and indian" appearances. If that sounds distinctly...awful to you, you're not alone.

Many people thought the idea was rife with racism. 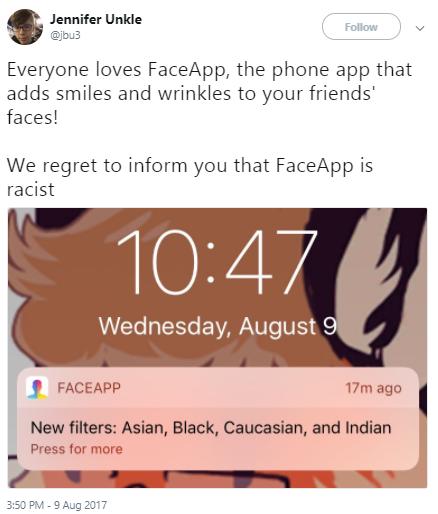 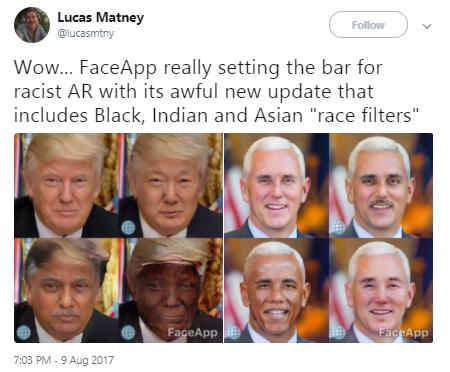 But not everyone thought it was a horrible idea.

Filters that appear to change a users ethnicity have come under fire in the past. Snapchat, for example, offered a Bob Marley themed filter in 2016 that many people objected to.

While it's easy to see why this seems like a harmless joke, "blackface" and "yellowface" are still offensive in all their forms. You might be wondering HOW, in 2017, we're still debating about whether dressing up as other races is offensive but here we are, folks.

A cautionary tale for every AR app out there. If it's a feature that lets you look like a different race, please cancel it. Speaking of cancelling it, FaceApp eventually decided to remove the feature from the app amid the overwhelming controversy. Probably for the best.