They are testing "Messenger Day" in Australia and we've got a sneaky peak of the app.

We wonder how staff at Snapchat were feeling after seeing the first glimpses of a new viral to their social media platform?

Yep, after Instagram came for the crown (and failed) with their 'Stories' feature, which is essentially a complete rip of Snapchat but half the fun, now Facebook is getting in on the action again (they own Instagram too, remember!). Here's a few glimpses of what it looks like: 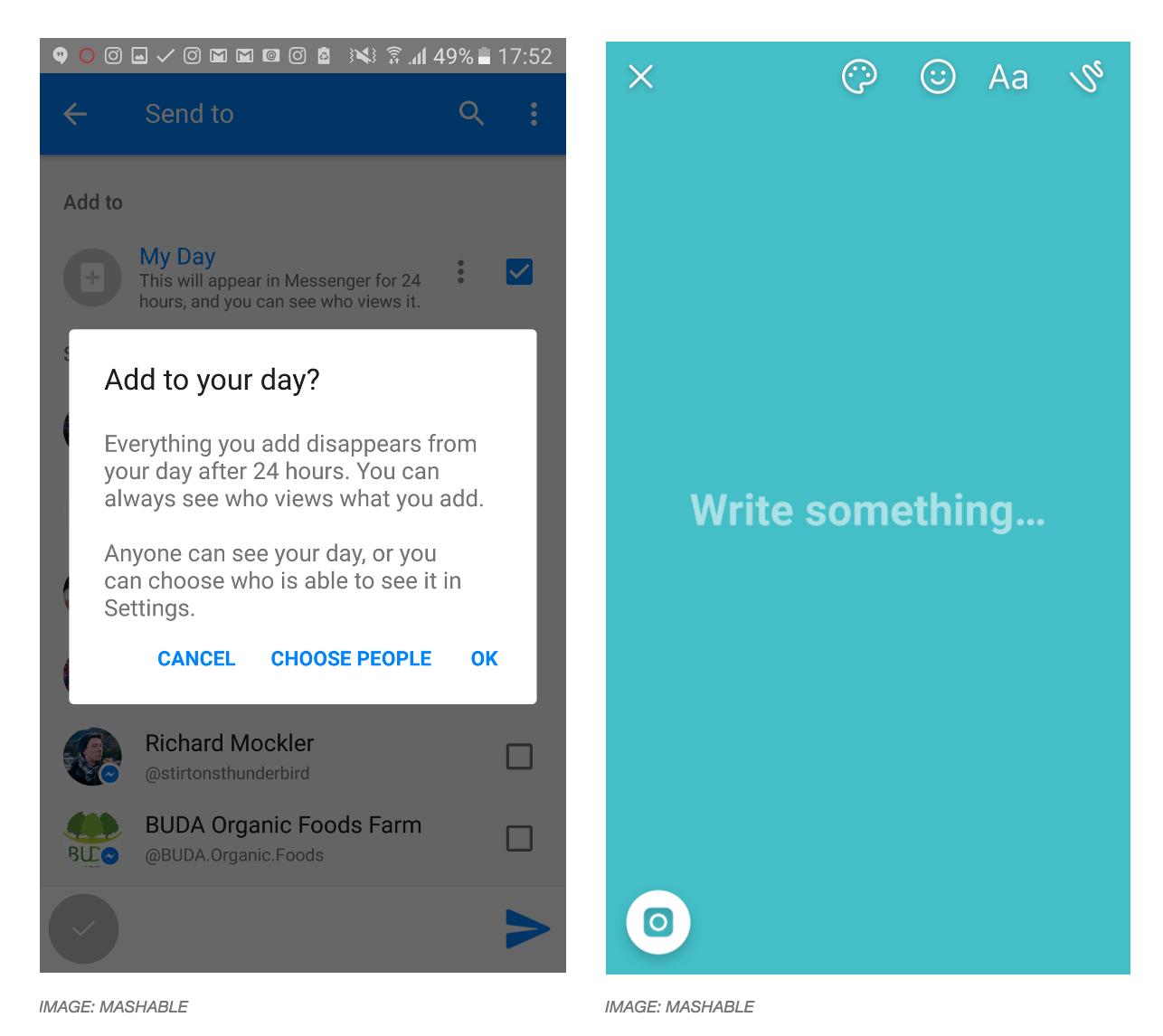 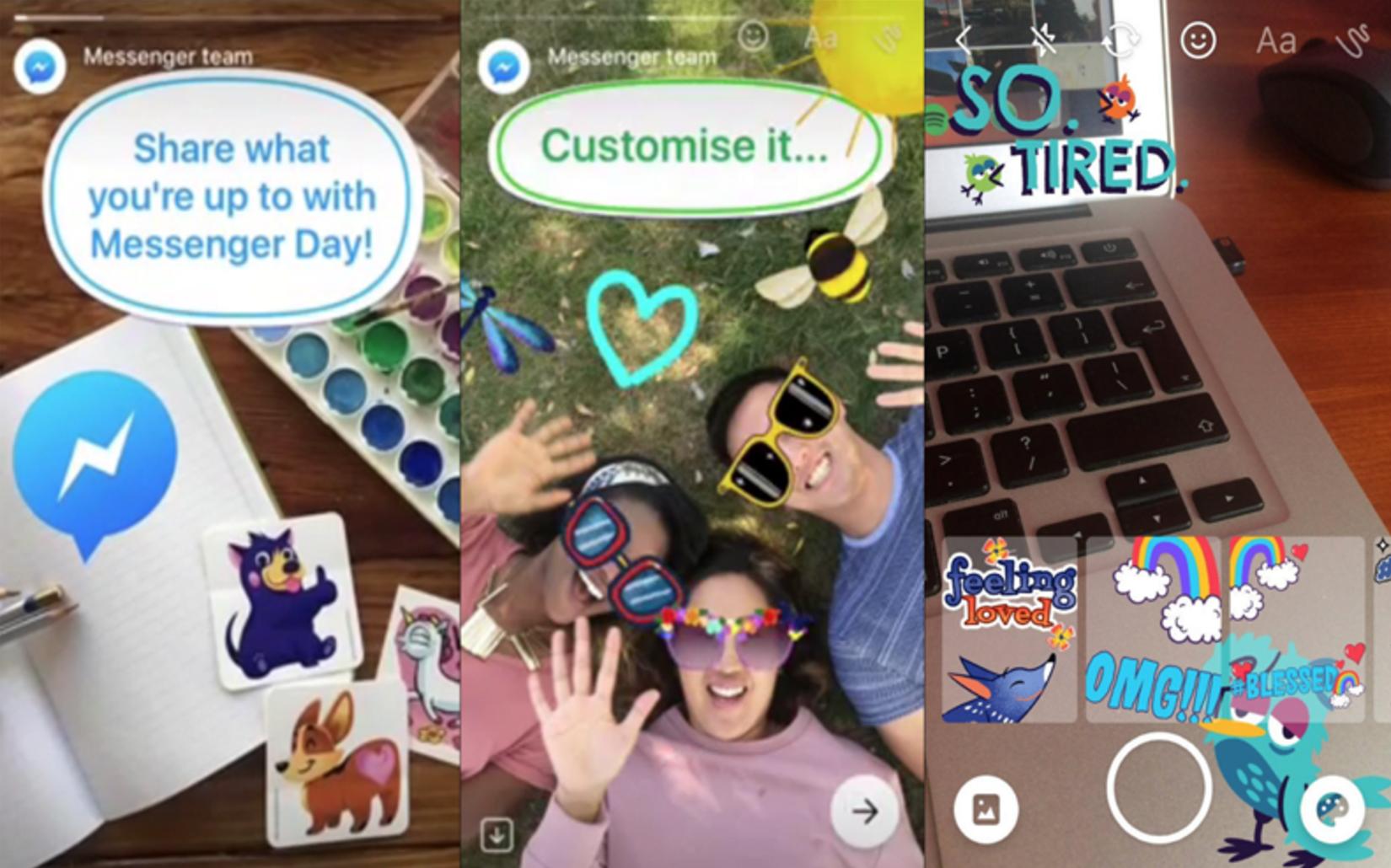 Facebook had already announced that they were developing their 'Messenger Day' service, which lets users create images and videos that for 24 hours before disappearing in the messenger app. Last month they tested it in Poland and it appears the tests went well enough as now they're now trying the service in Australia.

Reports suggest that the only notable difference between Snapchat and FB is that Messenger Day suggests the type of posts you can share with prompts like 'I’m feeling…', 'I’m doing' and 'Who’s up for…?' etc. Each one of them comes with further suggestions like 'So Blue…' and 'Blessed'.

OK, how the hell do I disable or kill Facebook #MessengerDay? The app is significantly less usable and actively annoying now.

Do we really need another Snapchat imitation, really?

Really not a fan of @facebook #messengerday Gonnna go back to using the old sms! #toomuchclutter

This person seems to like all the options. Think you're on your own, Daniel.

Today's hardest decision: To post to #SnapchatStories , #InstagramStories or #MessengerDay ? Spoiler: I did all three.

Will you use Snapchat Messenger Day when it hits your country? [H/T Mashable]