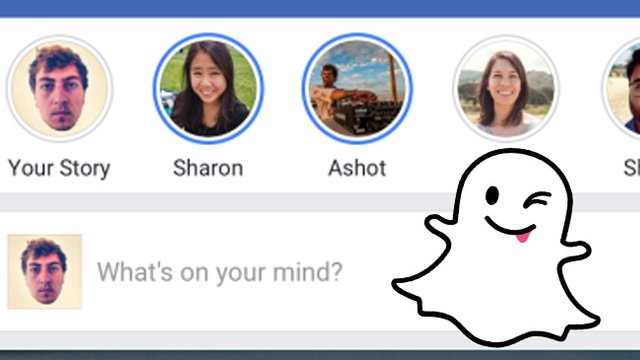 Get ready everyone 'cos your relatives are about to discover filters...

Facebook has revealed plans to introduce Snapchat-style stories onto the website in its latest attempt to take on the hugely popular mobile social network.

Currently being tested in Ireland, Facebook Stories are basically the same as Snapchat Stories. Apart from the name. Obviously.

The stories will pop up at the top of your main news feed allowing you to just click the circle of your friend's face to see whatever photos or videos they've posted. The pics will then be deleted 24 hours later.

According to Facebook, they will be rolling out this feature "to the rest of the world in the coming months" so strap in everybody 'cos your Aunt Linda is about to discover the dog filter and she will NOT stop posting!

Facebook's move comes not long after Instagram, also owned by Facebook, launched their own version of Stories which, as head of product Kevin Weil admitted at the time, was "built on a format that Snapchat invented".

Anyway, if you are already on Snapchat this might make no difference to you, but this new angle could bring in users unfamiliar with the format, as well as attracting people too lazy to download a second app of which there are probably a very large amount.

What do you think of Facebook Stories? Let us know below.