Did Facebook Block Its Own Rainbow Pride Reaction In Anti-LGBTQ Countries? 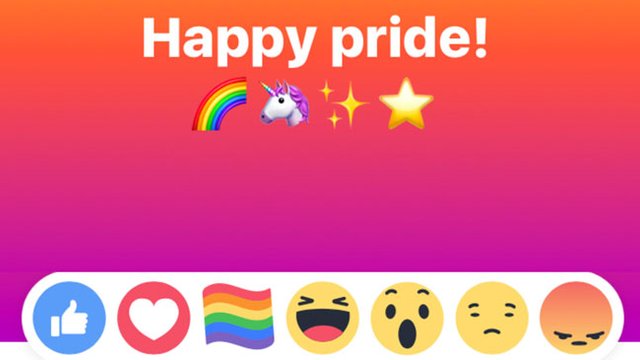 Facebook is facing controversy over it's rainbow pride reaction feature.

As you probably know, it's pride month and Facebook decided to celebrate by launching a special 'rainbow reaction' to it's platform so users could "express your pride". Cute! We love rainbows. The more rainbows in our life the better tbh.

When they launched the new future - which was widely praised at the time - it explained that because it was new it wouldn't be available everywhere. Sounds fair enough, right? You'd assume it might take some time to get these things right before rolling out everywhere. But some people don't believe that is the real reason.

Many users have noted that the rainbow reaction feature seems to be suspiciously absence in countries with anti-LGBTQ legislation such as Russia, Malaysia and Egypt. Many are now calling out Facebook for paying lip service to inclusivity and equality but not actually following through with it.

Facebook confirms it hasn't rolled out the "Pride" reaction in certain countries...so far, all countries where it's illegal to be gay. pic.twitter.com/dWPPv7rysT

As reported by Buzzfeed, when they announced the new LGBT-themed reaction, Facebook said “We believe in building a platform that supports all communities. So we’re celebrating love and diversity this Pride by giving you a special reaction to use during Pride Month...Because this is a new experience we’ve been testing, the rainbow reaction will not be available everywhere.”

Buzzfeed also noted that while Facebook runs tests all the time, this situation appeared to be different from the typical tech tests the company might use to determine, for example, whether people like its latest Snapchat-inspired feature. Rainbow reactions aren't a feature in and of themselves, and how they're used doesn't influence whether a product is viable or not. Basically, it's just another reaction - it's not likely to cause major changes to how people use Facebook, so it shouldn't require a slow roll out or prolonged testing.

Multiple outlets have reached out to Facebook and it has declined to say whether the test was designed to take into account repressive governments with anti-LGBT policies.

It's easy for companies and individuals to talk the talk about inclusivity and equality but actually walking the walk seems to be another matter completely.