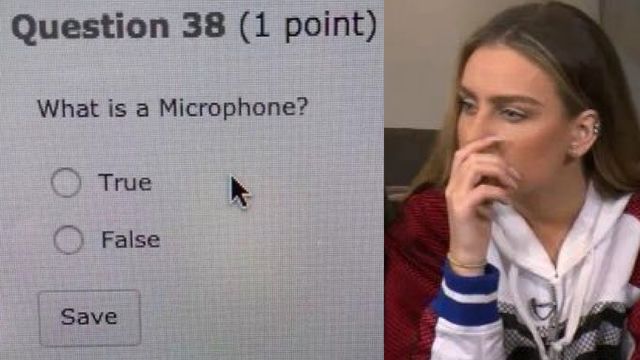 It's that wonderful terrifying time of the year. The flowers are in full bloom, the sun is out until 11 pm and the teachers are figuring out new and creative ways to make final exam season an actual hellscape.

If you're currently running on 5 cups of coffee today and spent at least half an hour trying to calculate the lowest grade you need to pass a class, then these feelings will be all too familiar.

1) When, after a long day of procrastinating, you finally have to gather yourself.

me to me after putting off studying for so long pic.twitter.com/jpuHE5D9vW

2) When you're dead but you remember you need to study for your chemistry exam.

Happy national 'use Excel to calculate how much you need to make on the final exam to pass the class' week.

8) When you have a sneaking suspicion...

when you're last-minute studying but have the creeping fear and suspicion that nothing matters & it is all pointless pic.twitter.com/2N1HfAN1Bl

9) When studying turns into...something else.

Me: I have so much studying to do. I think I'm going to pull an all-nighter.

Me studying for my final vs me actually taking my final pic.twitter.com/p6a9y3zaHF

If Trump can win the election without knowing anything about politics, then I can pass all of my finals without studying...

14) Take matters into your own hands.

"Are you studying for finals?"