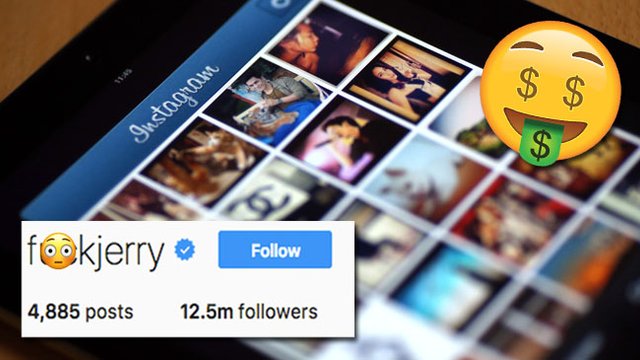 The kid and his father are claiming loss of earnings due from promotional campaigns in the suit filed earlier this week.

A meme account on Instagram named 'FuckJerry' with over 12 million followers is being sued by a 16 year old and his dad.

However, while this deal was supposed to end in May, FuckJerry have now allegedly taken control of the account and changed the kid's password. Yep, you read that correctly - if this proven true, they've basically stolen a kid's Insta account. WTF? That is kind of a big deal too seeing as, according to Ad Week, promo posts on FuckJerry and the company's other social accounts can go for upwards of $30,000 each.

Chau is suiing for control of the account and revenue lost in the last few months. Plus, he claims that FuckJerry never sought his permission to work with his son and, as he's a minor, that is pretty damn illegal if true.

No comment yet from the team behind FuckJerry or the CEO of the company behind it, Elliot Teble, who has over 40m followers across multiple social platforms as well as "a clothing line, a card game, a late-night TV show pilot with MTV and a small social media shop called Jerry Media."

What do you guys think? Let us know your thoughts over in the Facebook comments.