Gigi Hadid is the "it" girl everyone has had their eye on for the last couple of years. She is a model, muse, social media star, and now, Twitter sass queen. The basically confirmed girlfriend of Zayn Malik had the perfect response to someone who said she dated too many men.

First of all, Gigi's walk is fine.

Second of all, Gigi wasn't having any of it. She read @modelior like a book.

I've dated 3 guys in 3 yrs, hun. My walk can always get better; I hope the unrelated bitterness in ur heart can too. https://t.co/BrsLY1akML

Gigi joins other celebrities speaking up to abusive fans about personal matters. Demi Lovato had some real harsh words recently when an Instagram commentor claimed her friendship with Nick Jonas was fake. And even Selena Gomez has no qualms about joining the clapback revolution.

Back in the old days, there was no way you could get a celebrity to respond to you, whether it was for a compliment or a diss. Now, however, social "it" girls engage with fans on a complete different level. They're charged up and willing to respond to comments, questions, and sly digs from followers.

Other than that, in the age of Tinder and social apps specifically for hooking up, shouldn't we be over judging women based on how many people they've dated. I mean, you can literally swipe right at noon and be on a date by 2 pm. How many people a girl hooks up with or dates is totally irrelevant these days, no?

Gigi is young, attractive, and in the entertainment industry. It's a bit naive to assume she isn't going to date people. Come on, guys. 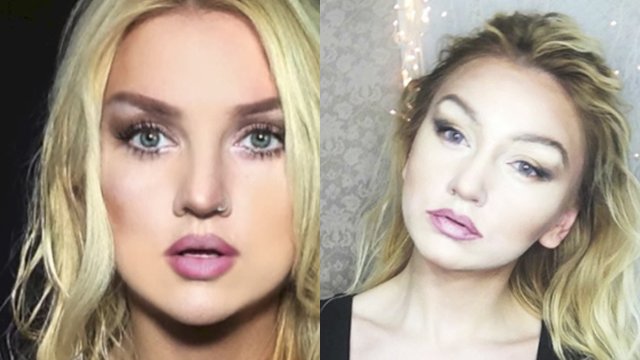 Let These Make Up Tutorials Bag You A Boy Band Boyfriend