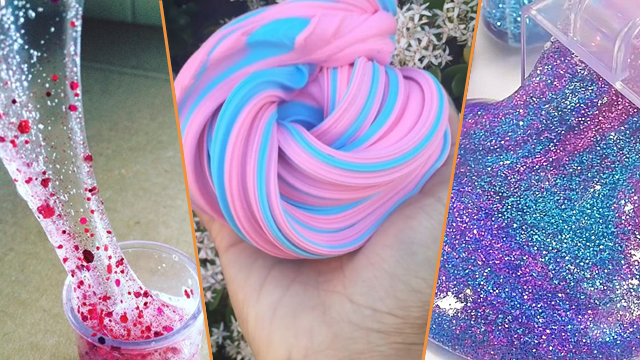 Slime is Instagram's weirdest trend - but it's a lot easier to get into than you think.

Slime, gunge, toxic waste... whatever you called it in the 90's, it has been making a pastel-y, glittery comeback in recent months.

Liquid Gold •This will be up for sale as soon as my website is open!

Instagram accounts everywhere are pulling in tens of thousands of views with videos of disembodied hands playing with their own squelchy, aesthetically pleasing concoctions. The #diyslime tag on Instagram has nearly 40,000 posts; while just #slime has well over 2 million.

Part of the appeal lies in the ASMR element of the "squelch" sounds that slime makes.

People who have major sensory reactions to sounds like whispering, crinkling paper or the "splat" that comes from sticking fingers into slime are being drawn to the many accounts that have been set up to help reduce anxiety - and in some cases, make a profit.

Some "Slimers" are selling their creations for a pretty sweet profit.

Basic slime is actually pretty cheap to make; but depending on your own little quirks that you might add, such as colour, glitter or stars, you can sell it somewhere like Etsy for a fairly nice return. The basic recipe, with thanks to the Daily Dot for sourcing, is as follows:

So it doesn't take much to make - but this can cause problems.

Like any online community, preserving original ideas can be hard - and there has apparently been some infighting amongst slimers about ripping off ideas and recipes. So if you plan on making your own slime, be sure to keep an eye out!