Men Are Responding To #MeToo With A Hashtag Of Their Own 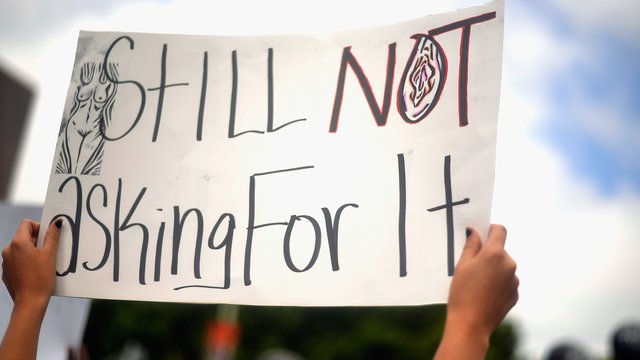 Men are stepping up against sexual assault and it's SO important.

If the recent revelations of widespread sexual abuse in Hollywood have taught women anything, it's that they are not alone in this fight. The #MeToo hashtag highlighted the harrowing amount of women who have faced harassment in their careers and everyday lives.

The hashtag also seemingly opened the eyes of a lot of men who consider themselves "allies" but remain silent (and even complicit) in the systemic abuse of women.

Many men have since responded to the calls for introspection with #HowIWillChange.

#HowIWillChange: Acknowledge that if all women I know has been sexually harassed, abused or assaulted, then I know perpetrators. Or am one.

#HowIWillChange Learning more about women's issues instead of expecting them to explain to me how they are impacted https://t.co/CtbgJQsY5b

#HowIWillChange means not being a bystander while women expend emotional labour to protect their safety; no longer apathy, but action

I will never blame a victim, and I will never stand and watch as a man makes unwanted advances on a woman #HowIWillChange

#HowIWillChange is calling on men to acknowledge that harassment doesn't occur in a vacuum and that there are enabling behaviours that "allies" can actively fight against to help women in meaningful ways.

The #HowIWillChange hashtag is full of men promising not to remain silent.

#HowIWillChange: Recognise I don't need to be a perpetrator to be a bad guy. Questioning harassment, not doing anything about it—all as bad.

#HowIWillChange? Never accept the diversion tactics of abusers. Never enable, even passively, the behaviors that lead to this.

Prolonged harassment isn't just a result of people doing bad things. For abusers to continue their abuse, others around them have to be afraid or disinterested in speaking up when they see wrongdoing.

Vox writer Liz Plank has also called for men to shoulder the practical responsibility of this struggle, posting a strong statement to Facebook and tweeting "I'm done pretending sexual assault is a woman's issue. Your shame is not ours. No sir. #HimThough".

Framing harassment and sexual assault as a "women's issue" completely ignores the fact that women don't harass themselves. #HimThough encourages women not to shoulder the guilt or shame of their experience.

Who is the most followed person on TikTok? Here are the Top 10